These Throwback Crayon Sculptures Will Make You Wax Poetic 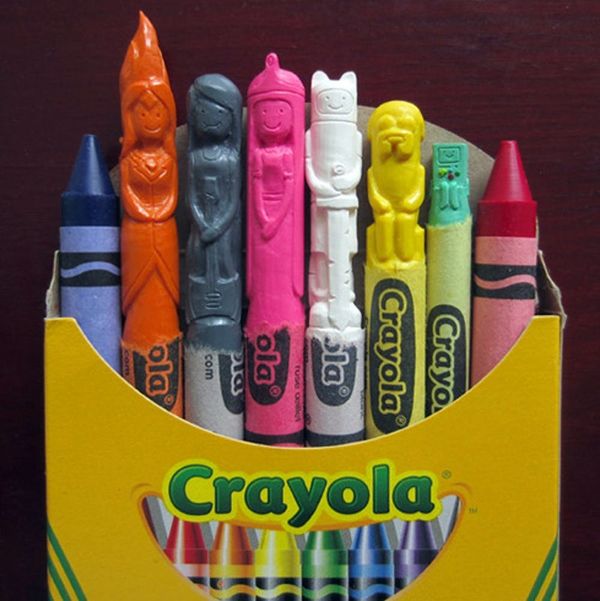 When we’re in need of a strong dose of nostalgia, nothing takes us back to childhood quite like Saturday morning cartoons and Crayola crayons. Well, at least nothing did until we came across the work of artist Hoang Tran. He’s combining two of our favorite throwbacks into one seriously addictive collection, and we can’t stop scrolling through his work.

Hoang has dubbed his crayon carvings “Wax Nostalgic,” and it couldn’t be more aptly named, because that’s exactly how we feel scrolling through the feed. From toddler favorites like Sesame Street to comic book heroes and Star Wars characters, he’s taken just about every childhood staple and whittled it out of a Crayola crayon.

The pop culture party doesn’t stop there. Wax Nostalgic has added some modern classics to the mix with the likes of Game of Thrones sigils and Breaking Bad moments. Even Conan O’Brien got a nod, and we have to say, the likeness is way better than any creepy wax museum figure we’ve seen.

So how does he make these mini pieces of art so intricate? It took a lot more than just peeling off the wrappers — it took spending time in dentistry school. Hoang told Daily Mail that he left school after being inspired by the crayon carvings of Diem Chao (whose work we also spotted a few years ago!) All that time spent carving wax teeth to make gold crowns made him very handy with dental tools, which are the secret to his minute crayon details. “There is some irony that even though I left dentistry behind, I’m still using my dental instruments today,” he told the newspaper. “Hopefully still creating smiles.”

You can put a huge smile on someone’s face by heading over to the Wax Nostalgic Etsy Store and commissioning a custom crayon, such as a pet or these crazy cute wedding toppers. Gift one of the pop culture characters for the ultimate geek chic collectible (most go for around $40), or just keep them all for yourselves, like we probably will with Hello Kitty.

Which crayon carving do you want to see next? Wax on, wax off in the comments. And be sure to follow Hoang’s work on Etsy, Instagram, Facebook and Tumblr!

Molly Griffin
Molly is a writer and editor from Boston who loves traveling, eating and occasionally being a little too candid. She lived in Dublin, Ireland for the last four years but recently moved to San Francisco to escape the rain. Now, she’s on the lookout for a good proper pub.
Artist
Home News
Artist