15 of the Craziest Looks Celebs Rocked at Coachella 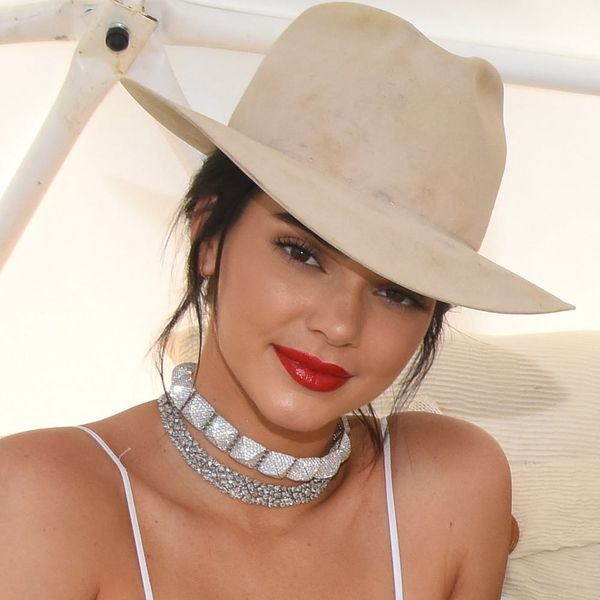 We saw a LOT of crazy styles and trends at Coachella, but no one brings the wild more so than the celebs who flooded the festival: See Kylie Jenner’s highlighter hair for proof. We’ve rounded up the wildest of the wild, so read on to see who made the desert their runway below!

1. Kendall Jenner: Jenner got cheeky at the music fest, baring it all (er, most of it), in nothing more than a sheer backless dress and a thong. Even Hailey Baldwin, who showed off her pal’s look in an Instagram story, thought it was a bold choice, saying, “Like…this is crazy.” (Photo via @haileybaldwin)

2. Rihanna: The most bizarre look of all belonged to Queen Riri, who showed up in a crystal Gucci bodysuit that covered even her face. Throwing a Gucci tank, denim cutoffs, and bejeweled sunnies over the suit, the singer glowed like a disco ball — literally — as she danced in the getup. Only you, Rihanna. Only you.

4. Vanessa Hudgens: The Queen of Coachella did not disappoint, going half-disco, half safari in a Claudia Pink Disco Top ($176), a pair of khaki green cargo shorts by Derek Lam 10 Crosby, Via Spiga booties, and a vintage Chanel backpack. Quite the mashup, no?

8. Emma Roberts: The Scream Queens actress took the glitter trend to new heights in a shiny floral robe, glittering hot pants, and a a floral bikini top. “We have arrived!” she wrote.

9. Kendall Jenner: The elder Jenner struck again for the Bumble party her sis hosted, rocking an eclectic look that consisted of a wide-brim hat, a sequined bra and arm band, a pair of oversized linen flared pants, and sneaks. (Photo via Jerod Harris/Getty)

10. Bryanboy: The famous blogger wore what appeared to be an oversized handkerchief Sacai top and a single hoop earring by Miu Miu which boasted no less than three different accessories of its own, including a racoon tail that leaves us begging the question: How heavy WAS it? (Photo via Ari Perlistein/Getty)

11. Tinashe: Singer Tinashe brought the ’80s back in full force with head-to-toe acid wash for a look that couldn’t be ignored. (Photo via Joshua Blanchard/Getty)

12. Ariel Winter: Kylie wasn’t the only one rocking super bright locks — Modern Family actress Ariel Winter showed up at the H&M’s tent with a magenta pink ‘do that had us doing a double take. (Photo via Emma McIntyre/Getty)

LAST NIGHT WITH MY #1 💘@katyperry @moschino 😎

13. Katy Perry: While most of Katy Perry’s looks were pretty understated this year, with the singer opting for comfort over shock in bra tops and long skirts, the colorful stole she donned for a night out with designer Jeremy Scott showed off her sassier side.

14. Peyton List: Fans of the Disney channel might recognize Peyton List, who showed up to slay in a chain-metal top made by the same designer as Vanessa Hudgen’s disco top, Claudia Pink. The difference is List’s top had discs in hues of turquoise, pink, and bronze. Talk about heavy metal!

Which look do you think was the strangest? Tell us over @BritandCo.

Nicole Briese
Nicole is the weekend editor for Brit + Co who loves bringing you all the latest buzz. When she's not busy typing away into the wee hours, you can usually find her canoodling with her fur babies, rooting around in a bookstore, or rocking out at a concert of some sort (Guns N' Roses forever!). Check out all her latest musings and past work at nicolebjean.com.
Coachella
Celeb Style
Coachella