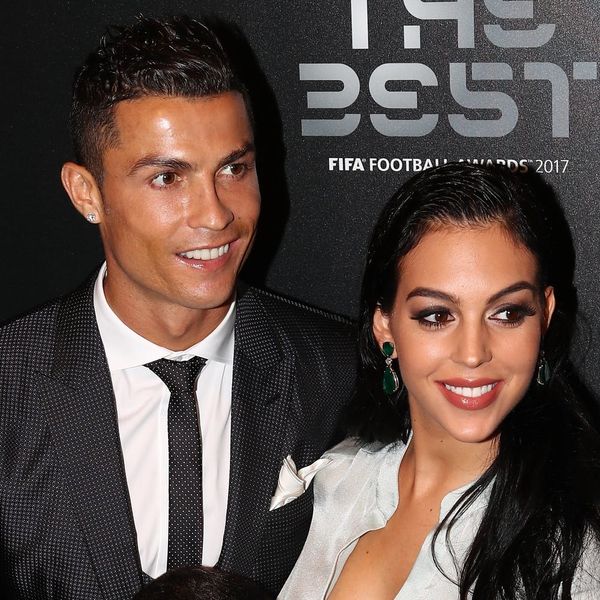 Cristiano Ronaldo is a proud papa once more! The soccer star, already a father of three, now has another baby girl to dote on. Girlfriend Georgina Rodríguez, who the athlete has been dating since late 2016, has given birth to the couple’s first child together!

Posting a shot of the happy family together in the hospital room, the happy daddy shared the good news of his daughter’s arrival in Portugese, writing, “Alana Martina was just born! Both Geo and Alana are doing great! We are all very happy!”

The couple announced their pregnancy via Instagram last July just weeks after the soccer star confirmed the addition of a pair of twins to his then-family of two with seven-year-old son, Cristiano Ronaldo Jr. The shot showcased Ronaldo, 32, and Rodríguez snuggled together on the couch, with the father-to-be holding his lady love’s baby bump in a very telling manner.

When asked by El Mundo if he was happy to have a fourth little one on the way, the soccer star predictably replied, “Yes, very.”

A few more, and these two will have a family large enough to have his own starting lineup!

Our congratulations go out to the happy couple.

What do you think of the name Alaina Martina? Share with us over @BritandCo.

Nicole Briese
Nicole is the weekend editor for Brit + Co who loves bringing you all the latest buzz. When she's not busy typing away into the wee hours, you can usually find her canoodling with her fur babies, rooting around in a bookstore, or rocking out at a concert of some sort (Guns N' Roses forever!). Check out all her latest musings and past work at nicolebjean.com.
Celebrities
Celebrity News
Celebrities Celebrity Baby
More From Celebrity News