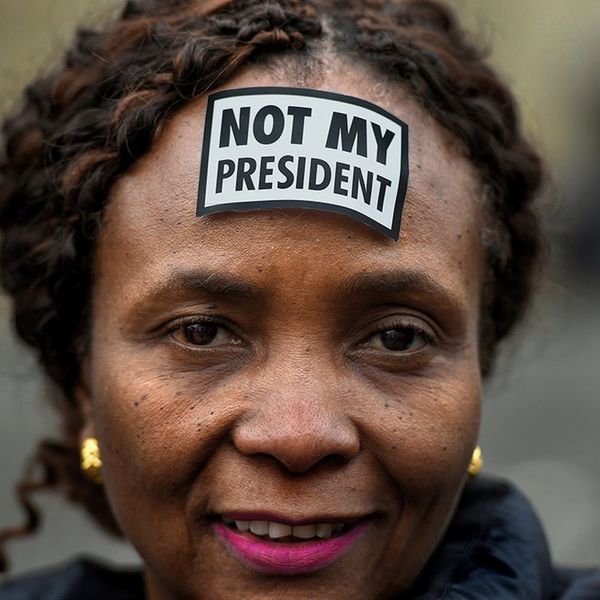 With protests breaking out all over America for a wide range of issues, the country is currently undergoing a lot of change. One positive outcome of it all: There’s a huge percentage of Americans who are swiftly becoming activists. But aside from hitting the streets with a clever sign and an unbreakable spirit, how else can you really help create positive change and reform?

American politics has a particularly complicated set of rules. It can be difficult and intimidating to figure out how to get started. You can’t really just call up your Senator and complain, can you? Actually, you can — and you should! Here are their numbers. But if you’d like a helping hand before putting your Senator on speed dial, please allow us to introduce you to Daily Action, a texting service that makes it easy to take a little bit of social action every day.

Sign up for Daily Action’s text alerts and you’ll be sent a daily text about an issue Daily Action has deemed urgent based on where you live. Included in the daily text is a phone number — call that number and you’ll hear a short recording about the highlighted issue of the day. From there you’ll be automatically routed to your Senator, member of Congress or other relevant elected official. It’s activism in 90 seconds or less.

But do you have to call? Can’t you just email them? In short, a phone call is harder to ignore. It makes a louder statement to the elected official. In a New York Times piece about why it’s best to call your legislature, Emily Ellsworth (who answers the phone for two conservative representatives in UT) says, “A large volume of calls on an issue could bring an office to a halt, sometimes spurring the legislator to put out a statement on his or her position […] It brings a legislative issue right to the top of the mind of a member. It makes it impossible to ignore for the whole staff. You don’t get a whole lot else done.”

Daily Action currently has 100,000 members signed up for text alerts, and it’s only been around since December of 2016. If you’re serious about change and stepping up your activism game, this is a solid way to start.

How has your stance on activism changed since the new presidency? Share your story with us on Twitter @BritandCo.