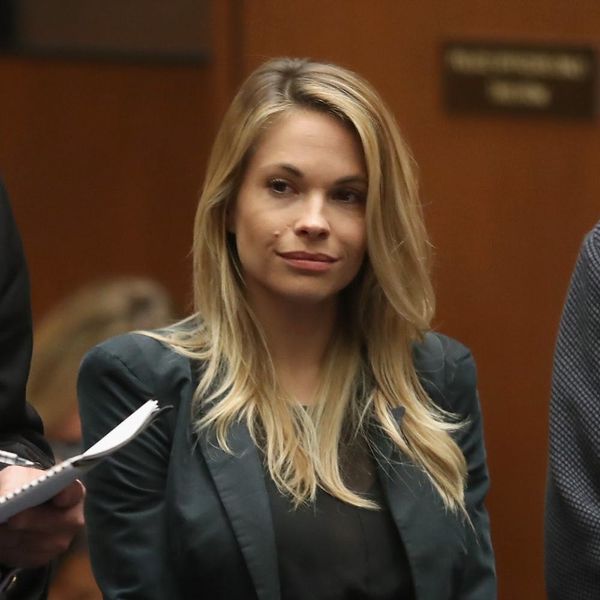 Last July, life changed pretty quickly and drastically for Dani Mathers. After Snapchatting a naked picture of a fellow gym-goer with a body-shaming message, the model not only faced fierce backlash but was banned from the gym, fired from her hosting gig on the KLOS 95.5 radio show, and sentenced in court. And yet Mathers says she’s “not sorry” about anything that’s happened to her because of the incident.

“I’m still learning how big of a deal this is,” Mathers told Us Weekly in an exclusive interview. “More than anything, I hurt somebody I don’t know. It’s a terrible feeling to know that’s something I was capable of. But I do think that it taught me a lot.”

She added, “There is no doubt I regret that stupid choice. I am sorry that it happened to this woman. But I am not sorry about what happened to me.”

While that might be surprising to hear, she explained, “I would not have this push to create positivity and try to change people’s minds about how they act without thinking. My life flipped upside down. But it’s a blessing in disguise.”

Though the fallout forced the 30-year-old to leave social media for almost a full 12 months, and she says she still feels the need to defend herself, she’s now working with a legal crisis and media manager to try to turn her situation around.

The former Playmate admits, “My hope is to turn the corner and show people the person I am. Some people want to believe I’m only working with charities because of my consequences. But at the end of the day, I know who I am.”

What do you think about Dani Mathers saying she’s “not sorry” about the fallout she’s faced? Let us know @BritandCo!