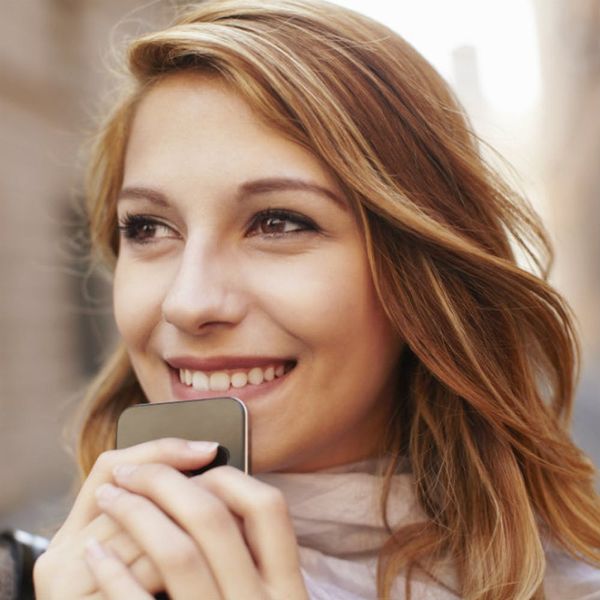 Another New Year’s Eve is behind us (phew!), and while we may have loved being single in 2017, we’re welcoming 2018 with high hopes for finding love. February suddenly feels almost uncomfortably close, so it’s the perfect time to get proactive and skip the part where we pretend to hate V-Day in order to avoid talking about how painfully single we are. What better way to take charge than to finally join an expert-recommended dating app or give your profile a full makeover? According to top dating sites Match and Plenty of Fish (POF), A LOT of other singles have the same idea.

“As the holidays end and the new year begins, the perfect storm in dating begins — the time of year when [online dating] memberships spike and the single fish come to sea,” says Bela Gandhi, founder of Smart Dating Academy and dating expert for Match. “There are an estimated 107 million single adults in this country, and many are inspired to make finding a relationship a resolution for the coming year.” That also means you oh-so-conveniently have increased opportunities to meet a perfect partner and kick off your next great love story.

It’s such a peak season for the industry, in fact, that online dating experts have done some extra research to predict the exact time that their sites will experience the biggest jump in new users in the post-NYE rush to find love.

THE DEETS ON DATING SUNDAY

According to both Match and POF, January 7 is this year’s Dating Sunday — appropriately, the first Sunday after the start of the new year, coming at the end of the first week back in the daily grind after a season of holiday celebrations. The site expects an increase of 42 percent in new users over the course of the day, while Plenty of Fish expects a 14 percent increase in the average daily rate for conversations. POF anticipates more than 117,000 sign-ups within this 24-hour period alone! Whoa. Want to get even more specific? Match predicts that the biggest rush will come just before 9pm (at 8:55 pm EST, to be exact), when Gandhi says, “Singles flood the site and your odds of meeting someone great are better than ever.”

Dating Sunday is sort of the Superbowl of the online dating world, but if this data is any indication, it’s just one day of a longer peak period. According to Match’s records, the rush typically begins the day after Christmas (maybe after a few too many questions at the family dinner about your relationship status) and runs through Valentine’s Day. Over these weeks, Match estimates that more than 50 million messages are sent, five million new photos are uploaded, and one million dates actually happen IRL. Denver, Minneapolis, Charlotte, Austin, and Boston are the cities that saw the most Dating Sunday activity on Match in 2017, while Houston, Chicago, Atlanta, Dallas, and Las Vegas were booming on Plenty of Fish. Will singles in those areas be overrepresented this year? Only time will tell!

Whether Match or Plenty of Fish is your dating platform of choice or you prefer one of the many other online options for finding love, the numbers are definitely in your favor in the days right after New Year’s Eve. Grab your laptop (or phone) and get out of the post-holiday slump by tackling your search for a new bae with the enthusiasm to match the millions of other singles out there doing the same thing. Setting up a profile on a new site or messaging some potential matches on January 7 (preferably around 8:55 pm EST) may just be the ultimate cure for the Sunday blues.

How are you going to step up your game on Dating Sunday? Tweet us @BritandCo!

Alli Hoff Kosik
Alli Hoff Kosik is a freelance writer who is passionate about reading, running, rainbow sprinkles, her lipstick collection, watching embarrassing reality TV, and drinking pink wine. She lives in Brooklyn with her husband and (in her dreams, at least) three golden retriever puppies. Listen to her talk books on The SSR Podcast.
Apps
Relationships
Apps Relationship Advice