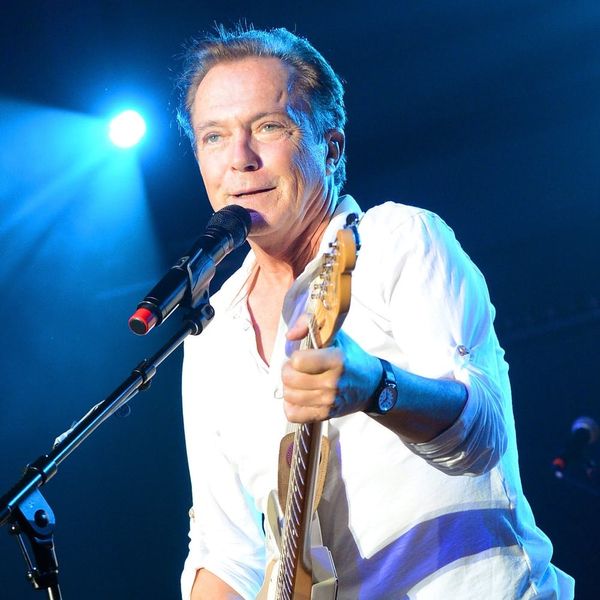 Just days after being hospitalized for organ failure, musician-actor David Cassidy, best known for his starring role as Keith Partridge on the 1970s series The Partridge Family, has died at the age of 67.

“On behalf of the entire Cassidy family, it is with great sadness that we announce the passing of our father, our uncle, and our dear brother, David Cassidy,” his family said in a statement on Tuesday. “David died surrounded by those he loved, with joy in his heart and free from the pain that had gripped him for so long. Thank you for the abundance and support you have shown him these many years.”

Last Wednesday, the singer was rushed to a Fort Lauderdale, Florida, hospital, suffering both liver and kidney failure. At the time, his rep confirmed to People that he was in need of a liver transplant.

Many of the music legend’s friends and colleagues took to social media to pay tribute after his death, including the Beach Boys’ Brian Wilson, who looked back fondly at the time they spent together in the early days of their careers.

I’m very sad to hear about David Cassidy. There were times in the mid-1970s when he would come over to my house and we even started writing a song together. He was a very talented and nice person. Love & Mercy to David and his family.

“There were times in the mid-1970s when he would come over to my house and we even started writing a song together,” Wilson reminisced. “He was a very talented and nice person. Love & Mercy to David and his family.”

So very sad to hear of David Cassidy passing away💔 He was always so kind and sweet to me. Our shows were both on Friday nights and deep down I dreamt of being a Partridge. His memory and love will live on in my ❤️forever. Love you David. Prayers to his family🙏🏼

Actress Maureen McCormick, who famously played Marcia Brady on The Brady Bunch in the same era as The Partridge Family, recalled Cassidy’s kindness. “He was always so kind and sweet to me,” she said. “Our shows were both on Friday nights and deep down I dreamt of being a Partridge.”

so sad to hear of the passing of david cassidy… he was always so kind to me – such a pleasure to have had him on my show… sending love and prayers to his family… R.I.P. friend ❤️ pic.twitter.com/tsFkNiJzFc

Harry Connick Jr. echoed McCormick’s kind words, saying Cassidy was always a pleasure to have on his talk show. “He was always so kind to me,” Connick Jr. said.

Cassidy had revealed this past February that he was also suffering from dementia and would no longer be touring in order to spend time with his family. “I want to focus on what I am, who I am, and how I’ve been without any distractions,” he said at the time, adding, “I want to love. I want to enjoy life.”

Our thoughts go out to his family and friends.