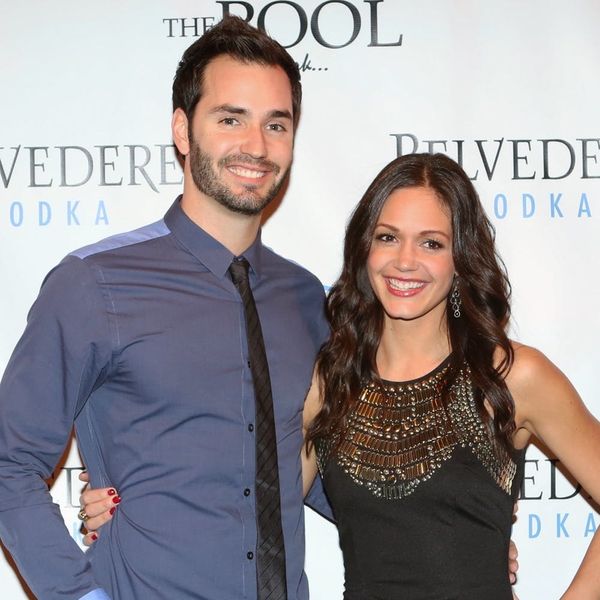 Desiree Hartsock is about to be a mom of two boys! The former Bachelorette star took to Instagram on Sunday, August 26, to reveal that she and husband Chris Siegfried are expecting another baby boy.

“It’s a … BOY!!!!!!!” Hartsock captioned an Instagram video, punctuating her excitement with a string of blue heart emojis. The video showed Hartsock and Siegfried sitting with their 20-month-old son Asher as he bit into a cupcake to reveal blue confetti inside. As his parents yelled in surprise and joy, the toddler was startled and sat with a chunk of cupcake still in his mouth.

“Asher’s face is priceless!” she continued. “And we are beyond excited to have another baby boy join our family! Can’t even believe we’re already halfway there to meeting him. Our hearts are so full right now.”

Prior to the reveal video, the reality TV stars teased the celebration. “What will it be… a he or a she?!” Hartsock captioned a photo of the parents-to-be as she cradled her growing bump.

Hartsock and Siegfried first revealed they were expecting in July, telling Us Weekly at the time that Asher is still figuring out the whole big brother thing. “We’ll say, ‘Where’s the baby?'” she said. “And he’ll point to my stomach, but I still don’t think he understands, but he’s doing it.”

The happy couple first met and got engaged in 2013 on season 9 of ABC’s The Bachelorette, making them one of the franchise’s few success stories. Baby number two is due in January 2019. Congrats to the growing family!

What did you think of Desiree’s reveal video? Let us know @BritandCo!