Diane Kruger Opens Up About Her New Baby Girl: ‘I Feel Like a Superhero Right Now’ 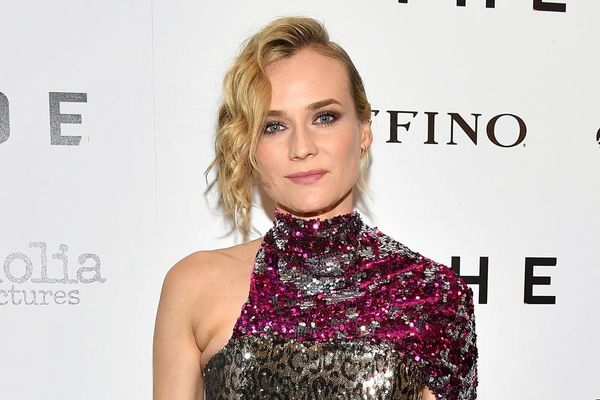 Diane Kruger welcomed her first child with Norman Reedus just over one month ago, and while the couple previously remained quiet about their new addition, Kruger is now opening up about her experience with new motherhood.

“She’s very little, but I’m tired,” Kruger told Extra in a recent interview, appearing to let slip that she and Reedus welcomed a daughter. “I feel like a superhero right now,” she added, saying that the experience so far has been “very rewarding.”

Several outlets reported in early November that Kruger and Reedus had welcomed a child, but at the time, the couple had not made any public comment about a pregnancy or birth. The new mom only started sharing some of her experiences during recent press appearances for her upcoming film Welcome to Marwen.

Kruger and Reedus have also been relatively private about their relationship. The couple were first photographed on the streets of NYC in March 2017, but they didn’t make any official appearances together until they walked the 2018 Golden Globes red carpet in January.

Over the Thanksgiving holiday, Kruger shared a message of gratitude on her Instagram account, including a special shout-out to Reedus. “Happy Thanksgiving everyone,” she wrote. “I have A LOT to be thankful for this year and I count my lucky stars to have met you @bigbaldhead and for sharing life’s many blessings with you.”

Do you think Diane Kruger and Norman Reedus will share their daughter’s name with the public? Let us know @BritandCo!