Do You Need a Flu Shot? A Vaccine Expert Weighs In 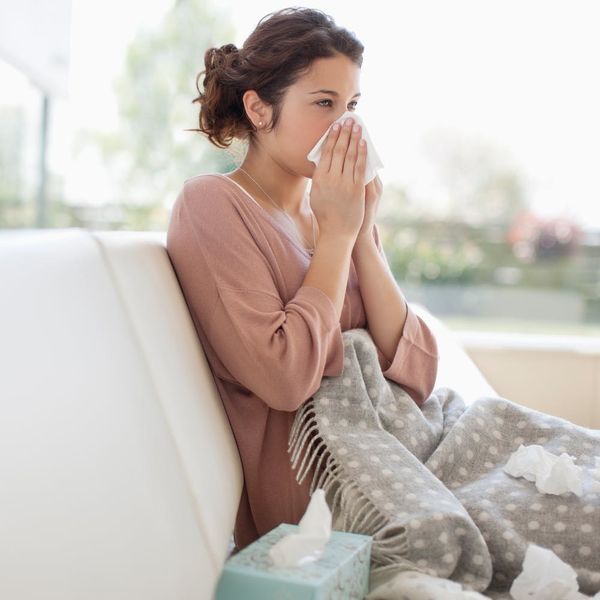 You know the symptoms. When severe aches, fever, exhaustion, headache, and a sore throat come on full force, and you kind of feel like you’ve been hit by a truck, you may have influenza, a viral respiratory illness with potentially serious outcomes. Unfortunately, because the flu is a virus, there’s no real “cure.” But with the right preventative measures, like hand-washing, avoiding contact with sick people, and other good health habits, you can plan ahead and protect yourself from illnesses like colds and certain strains of the flu. So where does the flu shot fit in? And should you get one?

Medical experts and medical evidence say yes — the flu shot is both necessary and effective in preventing influenza. According to the Center for Disease Control, everyone over six months of age should get a flu vaccine each year. Not only could a flu shot keep you from feeling miserable; it can also protect those around you.

“Influenza vaccine will keep people from getting sick and missing school, work, and other important activities,” Kathleen M. Neuzil, MD, MPH, FIDSA, Director, Center for Vaccine Development, University of Maryland School of Medicine tells us. “In addition, the vaccine will reduce the chance of spreading influenza to people who are more likely to get sick and die from it — these include infants younger than six months of age, older people, people with cancer, and people with other medical conditions.”

Just how effective are flu shots? Dr. Neuzil says that research repeatedly demonstrates that vaccines are effective in protecting vaccinated individuals from 50 to 60 percent of any influenza illness. Flu shots are often most protective against severe disease, and they can prevent up to 80 to 90 percent of hospitalizations for severe influenza illness. Unfortunately, however, a flu shot isn’t a free ticket out of getting sick. Every year, medical researchers predict the three to four strains of the flu likely to be most common that season, and that year’s flu shot is most effective against those specific viruses.

Because they contain proteins that look like influenza virus but cannot actually cause influenza, flu shots help the body create immune responses that can protect the body when it is exposed to certain strains of the real virus. And although you won’t actually catch influenza from the vaccine itself, you may have some mild side effects after you get it. For example, some people have a sore arm after the shot, while others complain of weakness and fatigue for a day or two.

If you have mixed feelings on the flu shot and aren’t sure whether it’s right for you, Dr. Neuzil has some words of wisdom. “I would reassure anyone unsure about the flu shot that we have decades of experience with influenza vaccine, and we know it is safe and well-tolerated,” she said.

And even if you think you may not need a flu shot, it’s important to consider more vulnerable populations you may come into contact with, like infants, the elderly, people on chemotherapy, or people with lung disease. “If [people] aren’t motivated to get the vaccine to keep themselves healthy, then please do it for those vulnerable people who may end up in the hospital or die from influenza.”

Did you get a flu shot this year? Tell us about your experience @BritandCo.