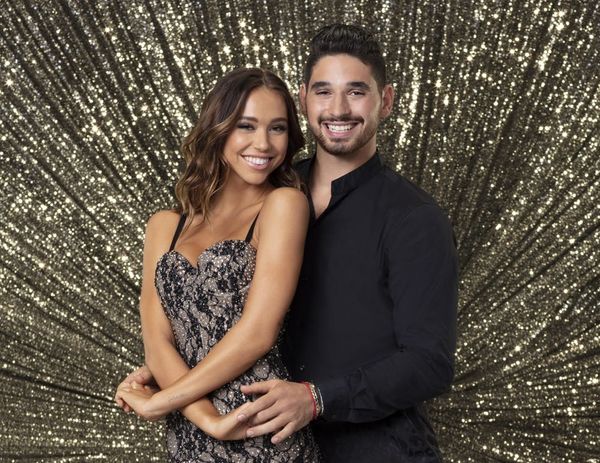 Last week, Dancing With the Stars contestant Alexis Ren revealed that she was developing feelings for her pro partner Alan Bersten, and this week, Bersten admitted that the feelings are very much mutual.

“Last week, some things were said,” Bersten told Ren in a taped segment on the Monday, November 5, episode. “I’m in a place where, we worked so hard for this amazing journey together, and I’m afraid I will mess that up in some way. But I’ve never had an experience like this.”

He went on to talk about how much he loves spending time with her. “It’s so easy to just hang out with you and have fun and not worry about everything else,” Bersten continued. “I know that you put yourself out there last weekend, and I do have feelings for you. And I really feel like I am falling for you.”

Following his confession, Ren admitted that she had been feeling a “bit embarrassed” since opening up about her feelings the week prior. But it turns out she had nothing to worry about — and the pair even shared a kiss at the end of their talk.

Ren was the first to admit that she felt chemistry and was “developing feelings” for her dance partner. “I didn’t see this one coming,” the model said last week. “But it happened really quickly though, so I think I’m still trying to process it.”

After the couple’s on-screen kiss on Monday, they spoke to ET about the whirlwind past couple of weeks. “It’s really hard, when there’s six cameras staring at you, and you’re like, ‘I’m just going to spill my heart right now,'” Ren said. “It’s really weird.”

Bersten admitted that it’s difficult for him to open up in situations like the one with Ren, but that her persistence inspires him. “Even when it’s hard, she doesn’t give up,” he said. “And I really like persistence and I like determination and I like passion.”

What do you think of Alexis and Alan’s budding romance? Let us know @BritandCo!