Emilia Clarke Opens Up About Suffering 2 Brain Aneurysms: “I Thought I Was Going to Die” 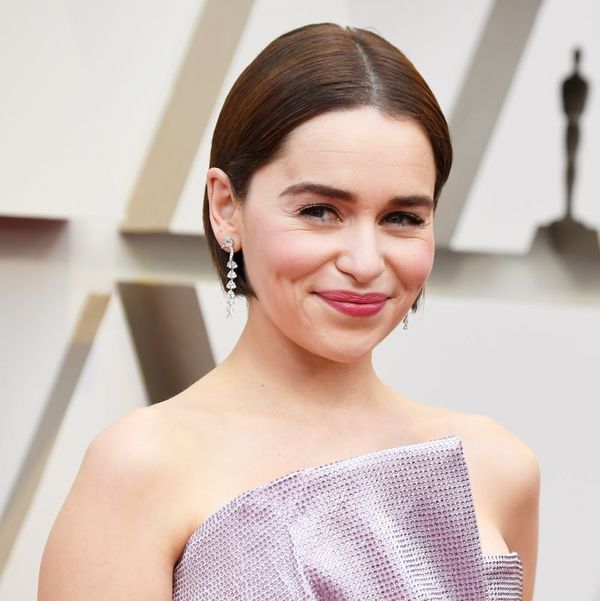 Emilia Clarke is a warrior both on and offscreen. In an essay for The New Yorker website published on Thursday, March 21, the Game of Thrones details her experience of suffering two dangerous brain aneurysms shortly after completing filming for the first season of the show.

“On the morning of February 11, 2011, I was getting dressed in the locker room of a gym in Crouch End, North London, when I started to feel a bad headache coming on,” Clarke wrote, explaining that she had been using her workouts as a way to relieve stress from work. “I was so fatigued that I could barely put on my sneakers. When I started my workout, I had to force myself through the first few exercises.”

Clarke goes on to recall that, when her trainer had her get into a plank position, she immediately felt as though an “elastic band” was “squeezing” her brain. She initially tried to ignore the pain, but it was too much.

“Somehow, almost crawling, I made it to the locker room,” she wrote. “I reached the toilet, sank to my knees, and proceeded to be violently, voluminously ill. Meanwhile, the pain—shooting, stabbing, constricting pain—was getting worse. At some level, I knew what was happening: my brain was damaged.”

When a woman in the next bathroom stall realized something was wrong, she asked if Clarke was okay and when the actress said she wasn’t, the stranger immediately went into action.

“She came to help me and maneuvered me onto my side, in the recovery position,” Clarke says, before adding that she was then taken by an ambulance to the hospital. There, an MRI confirmed Clarke had suffered a subarachnoid hemorrhage, which is “a life-threatening type of stroke, caused by bleeding into the space surrounding the brain.”

The actress underwent a “minimally invasive” surgery that uses a procedure called “endovascular coiling.” The actress explains that “the surgeon introduced a wire into one of the femoral arteries, in the groin; the wire made its way north, around the heart, and to the brain, where they sealed off the aneurysm.”

Although the surgery was a success, the recovery was incredibly difficult. Clarke says that she was “suffering from a condition called aphasia, a consequence of the trauma” her brain had been through. She reveals that she couldn’t even remember her full name and had difficulty speaking, which she self-deprecatingly describes as a period of “muttering nonsense.” Realizing that the issues with her speech and memory might affect her acting career, she admits that she was devastated and even asked medical staff to let her die.

However, after spending a month in the hospital, she was released and immediately began filming the second season of GoT. Although she told her bosses about her condition, she didn’t want it to become public knowledge. She also struggled with exhaustion and fear for her health; she knew that survivors of subarachnoid hemorrhage are at high risk for a second, and often fatal, bleed. She says, “Season 2 would be my worst. I didn’t know what [my character] Daenerys was doing. If I am truly being honest, every minute of every day I thought I was going to die.”

Two years after she suffered her first hemorrhage, a routine brain scan showed that Clarke had a second brain aneurysm. But this time the procedure to fix the potentially deadly issue didn’t work, and Clarke had to undergo even more invasive surgery that involved going through her skull.

“The recovery was even more painful than it had been after the first surgery,” Clarke said. “I looked as though I had been through a war more gruesome than any that Daenerys experienced.”

During another long month in the hospital, she says she was suffering from “terrible … panic attacks” and was convinced that [she] wasn’t going to live.”

These days, though, Clarke says she has “healed beyond [her] most unreasonable hopes” and is working with the SameYou charity to support others who have suffered brain injuries. “I’m so happy to be here to see the end of this story and the beginning of whatever comes next.”

RELATED: *This* Is the Hidden Meaning Behind Daenerys’ Braid on “Game of Thrones”

Desiree O
Desirée O is a ‘Professional Bohemian’ who loves anything and everything related to the arts, entertainment, and pop culture. She ADORES being a ‘Newsy’ for Brit + Co, covering all of the latest tidbits of awesomeness that you want to read about. When she’s not writing, she’s either making messy art, going on long adventurous walks with her camera, or poking around over at bohemianizm (http://www.bohemianizm.com/). You can find out about Desirée O and her work at http://DesireeO.com/ or follow her on Twitter @DesireeO.
Celebrity
Celebrity News
Celebrity Game of Thrones
More From Celebrity News