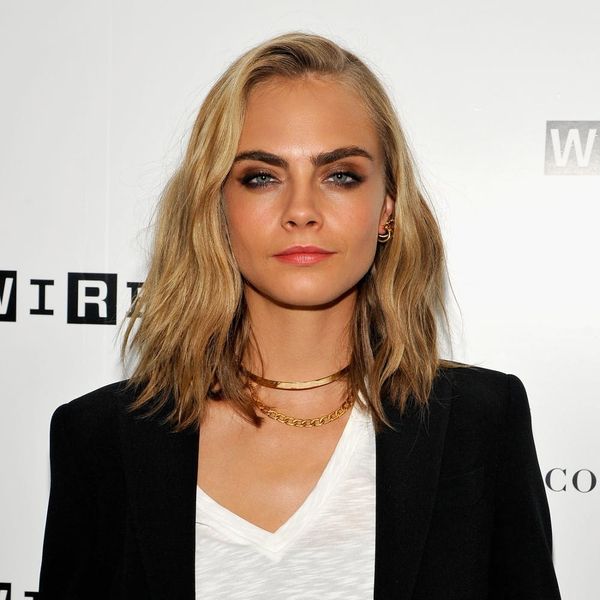 Full, natural brows have been making a comeback for several years now, thanks to the likes of Cara Delevingne, Lily Collins, and other top models and celebs, causing us to stash our tweezers away and skip our regular waxing appointments. It appears the trend won’t be going away anytime soon, either. In fact, for 2018, there’s a new product making the rounds on the internet to help you achieve the look that’s truly wild: eyebrow extensions!

Vogue Korea first introduced the world to the wacky invention by way of a recent Instagram post, and you’ve gotta see it to believe it. Though it’s certainly not as bonkers as nose hair extensions, it still has plenty of people raising their brows in wonder.

It’s called Reallyyy?’s Eyebrow Extension, and it works by dipping a brow brush into a gel-like product full of brow-like looking hairs (no word on whether they’re real of faux) which you can paint onto your own brows for a lush, fuller set.

Though the gel-like substance isn’t available stateside just yet, the video has gone viral, though Allure reports that there are salons in the US, such as SugarLash, that specialize in similar techniques. In the meantime, you’ll have to make a trip to Asia (or beg a friend who’s going) to pick up the stuff!

Would you ever try eyebrow extensions? Tweet us @BritandCo.

Arielle Tschinkel
Arielle Tschinkel is a pop culture junkie who went to NYU because the Olsen twins went to NYU (really). She is a freelance writer whose work has also been featured on HelloGiggles, Refinery29, SheKnows, Bustle, Hollywood.com, and many others; and she's living her dream one Britney Spears GIF at a time. Follow her on Twitter @mrstschinkel or visit her website at arielletschinkel.com.
Beauty Products
Beauty News
Beauty Products Beauty Trends New Beauty Products