WTF: The Tuna and Salmon in Your Sushi Is Probably Fake 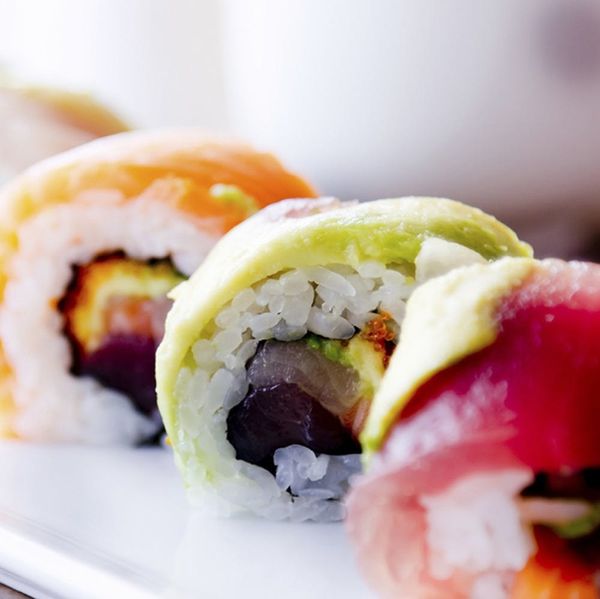 The farm-to-table movement has one main objective: to add transparency to what you’re putting in your body. And while this idea is gaining some traction, it’s far from the norm. In fact, author Larry Olmsted has just released the book Real Food Fake Food that takes a deep dive into this problem – and it’s currently making us question why we’re not just living on a diet of water and Soylent. In the book, Olmsted discusses the falsities surrounding foods like grass-fed beef, olive oil and most perhaps the most disturbing of all… sushi. Brace yourselves for some really disturbing discoveries, y’all.

According to Olmsted, sushi is currently a food industry that’s hiding a handful of harmful lies, mostly in regards to what you thought was tuna and salmon. Olmsted claims there are currently no official guidelines for what constitutes as “sushi-grade” or “sashimi-grade.” So that salmon and red snapper you order is often actually a cheaper substitute like tilapia that’s been injected with red dye.

As for white tuna, Olmsted claims most sushi joints aren’t really using that. Instead they’re using a fish called “escolar.” Escolar has been given the nickname “the Ex-Lax fish” due to the gastrointestinal problems it has been known to cause. It was even banned in Japan for 40 years. Ouch.

Our beloved salmon and tuna rolls might be a total fakes but these tears we’re shedding are 100 percent real.

How do you ensure you’re eating fresh food? Share your healthy eating tips with us on Twitter @britandco.