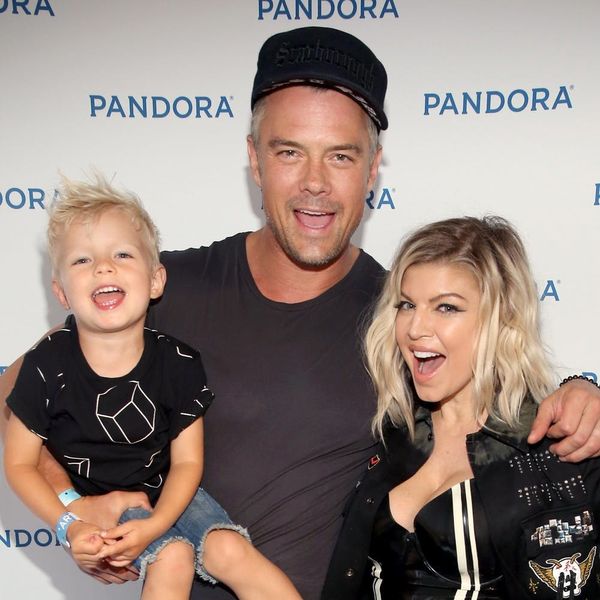 Fans may have been shocked when Fergie and Josh Duhamel announced that they had separated after eight years of marriage — just one of the many celebrity splits that stunned us this year — but it should come as no surprise that the two are handling the breakup amicably.

“We’re great friends, Josh and I; there’s so much love that we have for each other,” the 42-year-old singer told Entertainment Tonight on Wednesday at The Tuck Room at iPic Theaters in New York City. She explained the situation between her and her now-ex by saying simply, “We really like each other; we have fun with each other. We’re just not a romantic couple anymore.”

They are, however, united in focusing on the No. 1 priority in their lives: their four-year-old son. “We are still Axl’s parents through and through, and our families — each other’s families, the cousins, my nieces, and nephews — it’s all the same,” she told ET. “So [the marriage is] the only thing that’s changed.”

She emphasized that “there’s no need” for any negativity around the breakup, saying, “It’s just been all love in our family.”

The former Black Eyed Peas singer is currently promoting her sophomore solo album, Double Dutchess, which drops tomorrow, September 22. She also plans to fill her days with “touring, bringing the family, and enjoying Axl every year,” while making “sure that life is balanced.” As she told ET, “I’m open. I’m kind of just an open vessel. Just everything has to be done with love.”

Like It Ain't Nuttin' ❌❌ [link in bio] @vevo Directed by @morbros

From the sound of it, Fergie already has a lot of love in her life as it is, which surely makes this split and transition easier on everyone.

Have you ever had a truly amicable breakup? Let us know @BritandCo.