This Is Why Women Are Underrepresented on Wall Street 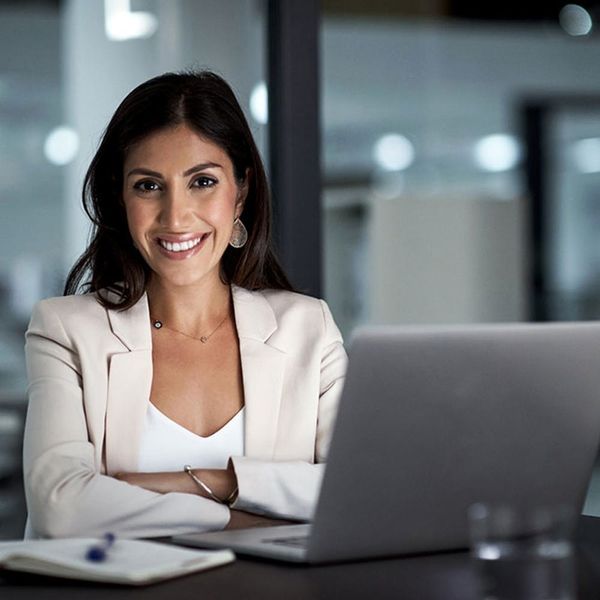 Women are dramatically underrepresented in several of the most prestigious and profitable professions in the country, from venture-funded tech entrepreneurs in Silicon Valley to high-earning professional athletes. And it’s unsurprising that one of the biggest offenders of gender disparity is the finance industry, given its cutthroat reputation à la The Wolf of Wall Street. Yet, even knowing that this industry is falling behind the curve, the statistics are still thoroughly shocking: According to a 2015 analysis by Morningstar, only two percent of mutual fund assets in the US are managed exclusively by women. Two freakin’ percent!

So why is the number of female fund managers so staggeringly low? “In many ways, it’s a bit of a chicken and egg situation,” says Chief Investment Officer of Scenic Advisement Jane Leung. “In finance, there have historically been few women role models for girls and young women to look up to or even to realize that was something they could aspire to become. And particularly, in the more desirable equity asset class where stocks are exciting and fast-paced, men were mostly recruited for those roles as they seemingly fit more with masculine traits.” Therefore, female fund managers were often hired into positions that managed the mundane and more boring asset classes including fixed income and cash. “That led to more women flocking to these jobs,” Leung remarks. “Interestingly, female traits like discipline, risk sensitivity, and attention to detail tend to work very well for investment management.” In fact, several studies suggest that women actually make better investors than men.

This, of course, isn’t helped by the fact that the gender wage gap is alive and thriving in the finance industry, as female fund managers’ bonuses and wages aren’t nearly comparable to their male counterparts. In the UK last year, female fund manager bonuses were up to 70 percent below men’s. “I believe it has often been the case [that there’s a substantial gender wage gap with fund managers’ salaries and bonuses in the US], especially when you look at it historically,” notes Leung. Sure, some progressive firms are starting to remedy the problem and change up their reward-based compensation, but Leung says it best: “Old habits die hard.”

Perhaps one of the most appalling reasons that women are being shut out of fund manager roles is because of the blatant sexism embedded in the culture. Thankfully, the #MeToo movement is hitting nearly all industries, and finance is no exception. “The #MeToo movement is long overdue and is beginning to bring to light atrocious behaviors and practices that women have had to endure for quite some time,” Leung says. One of the many hopes for the #MeToo and #TimesUp movements is that these global campaigns will spur investors to move their money to companies that support women and even potentially encourage investors to seek out female fund managers too. Unfortunately, we’re not quite there yet. “I am happy to see [these movements], but am skeptical about how much is lip service and how much investors will vote with their dollars in the near term,” says Leung. “Cultural norms and behaviors take generations to build and may take nearly that long to tear down or change, but as Lao Tzu said, ‘A journey of a thousand miles begins with one step.'”

Female fund managers and their allies are making significant strides to change the landscape of the finance industry and put an end to decades of gender disparity. One way that they’re accomplishing this is by starting informal groups for female entrepreneurs and fund managers to help teach each other about the complexities of managing assets across both public and private markets. “I started these conversations after being asked by many women from across my various networks if I could help them with investing. These incredibly capable women often felt there wasn’t anyone they could talk to,” Leung says. “Again, this goes back to my previous comments about role models, which clearly lead to the perceptions we have about women investors — that in many ways was a bit taboo to even discuss. My goal is to create a safe haven for women (and men) to be able to feel comfortable talking about their financial situations and feeling in control and empowered. For entrepreneurs, much of their daily life is about the uncertainties of their business and they are consumed by it. They have little time left (let alone interest) to ensure they are managing the money that they do have or will soon have and that they themselves and their families are taken care of.”

“Just because there’s a lack of women in these positions means nothing — it’s a product of cultural legacy,” says Leung. If you’re a woman who’s considering starting a career as a fund manager, don’t give up. “Find a role model that is willing to help you; keep in mind, that person doesn’t have to be a woman. More and more supporters of women in these careers are men, especially now. In my own personal experience, I was hired as an institutional portfolio manager by a woman who also hired many other women for her team. So I know the support does exist!”

Even if you’re not in the financial industry, you can still help minimize gender disparity on Wall Street. “For the woman on the street, and outside of finance, go vote with your dollars. Invest in women-led or run firms because over time, these small changes in behaviors will have a cumulative effect and change broad cultural norms. For women in the finance industry, continue to accelerate your support for one another,” says Leung. “Instead of keeping all your tips and secrets to yourself (as often happens in [co-ed groups] or groups of solely men) bring everyone up. All boats can and should rise with the tide. And the sea change is coming.”

What do you think about representation in the finance industry? Tweet us to let us know @BritandCo.

Ashley Macey
Ashley Macey is a lifestyle freelance writer who loves all things fitness, wellness, and creativity. When she's not exploring her home in the Pacific Northwest with her dog Max, you'll probably find her curled up with a good book and some hot tea. Follow her daily jaunts on Twitter.
Gender
Work
Gender Money Work