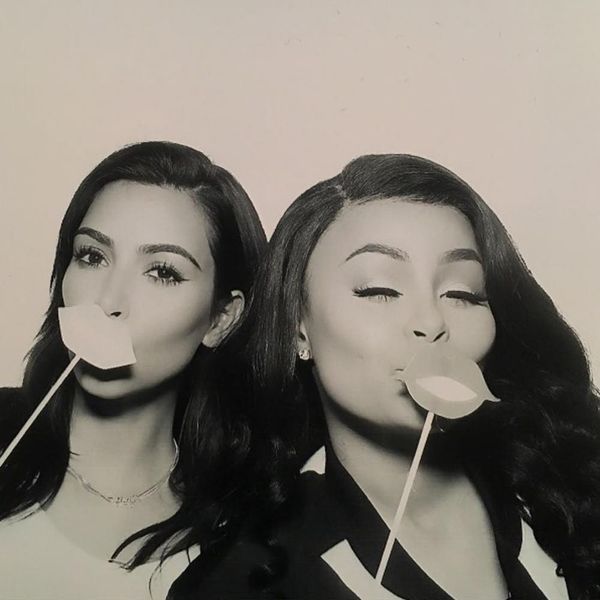 Kim Kardashian and Blac Chyna may not be BFFs, but it looks like Kim is at least trying to reach out to her soon-to-be sister-in-law. Though Kim is still dealing with the aftermath of her terrifying robbery, Blac is facing her own troubles related to her wildly rocky relationship with Rob Kardashian. And when her bro went M.I.A., Kim had a few words for Blac during a heart-to-heart between the two mamas.

Yet another fiery fight between Rob and Blac set off this particular sticky sitch (seriously, a massive freak-out over French fries!), which fans were able to witness in all of its glory on Sunday’s Rob & Chyna. Prompting Rob to not only totally disappear, he also went right ahead and blocked his fiancée’s number from his phone, along with his mom’s digits and those of Kim, Khloé and Kourtney.

While Blac Chyna went to a family celebration for grandmother MJ’s birthday without Rob, Kim took some time to sit down with the fellow mama for a little heart-to-heart.

Sitting alone together beside a glowing blue pool, the ladies faced each other while Kim expressed her concerns and Blac listened carefully. With the baby just a month away from arriving, Kim tells Blac that she hopes Rob “gets it together for the baby.”

But Blac’s mom, Tokyo Toni, who also pops up in the episode, was more direct, saying, “Life is about finding yourself; he hasn’t found himself.”

She doesn’t drop it there, though. As direct as her daughter is, Tokyo is just as upfront, asking Blac, “Why did you get pregnant? What did you do that for? Why even do it?” Blac answers blatantly, “Um, I got pregnant because I actually wanted another baby… that’s just what I wanted to do and how I felt at the time.” Can’t argue with that. Actually, when it comes to this fam, they can fight about anything.

Do you think Rob and Chyna will be able to work things out before the baby arrives? Tweet us @BritandCo!