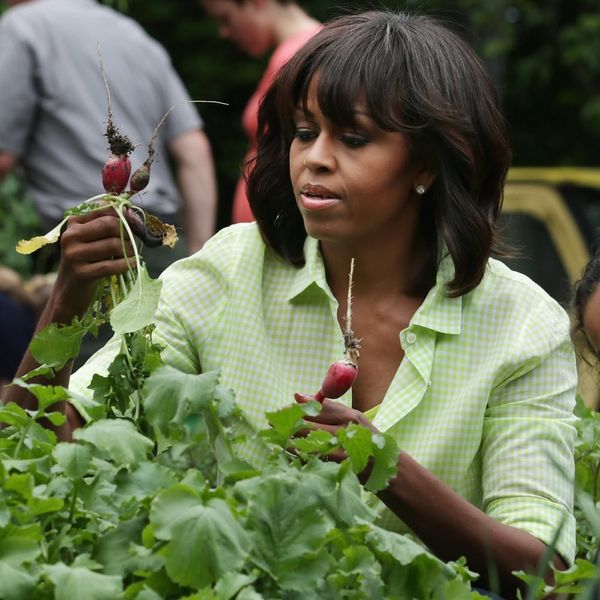 Michelle Obama will not only be remembered as one of the most popular First Ladies ever (and possibly for her own presidency if folks have their way), she’ll also be remembered for her various optimistic legacies, including her adored White House vegetable garden. But now that the Obamas are moving out and the Trumps are moving in, what will happen to Michelle’s garden?

The garden, which has become quite famous itself during the Obama’s time in the White House, not only provides fresh fruits and veggies for the family as well as State Dinners, but the remainder of the produce is given to local nonprofits. On top of that, it’s regularly used as an opportunity for kids to get a hands-on gardening experience while learning about growing their own food… AT THE WHITE HOUSE. So cool!

It’s no wonder people are hoping it stays around, including our outgoing FLOTUS herself. That’s why she’s taken very particular actions to make sure it’s safe in the future.

In October, Michelle announced that she had secured $2.5 million dollars in private funding to have the garden maintained by the National Park Service. This way, even if the administration in power lacks a green thumb, the garden won’t fall to the weeds.

At the same time, the garden was given an expansion which included cement, stone and steel, which helps to make it a more permanent fixture at the White House.

It looks like State Dinner guests will be enjoying fresh US-grown veggies for years to come.

Are you happy to hear Michelle Obama’s garden will be sticking around? Tweet us @BritandCo!