Following a Celebrity-Studded Media Campaign, Cyntoia Brown Will Be Released from Prison 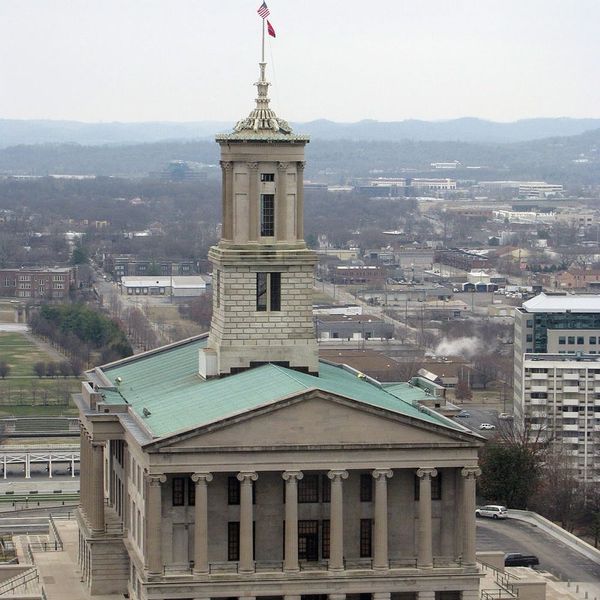 On Monday, Tennessee Governor Bill Haslam granted clemency to 30-year-old Cyntoia Brown. Brown has been serving a life sentence for the murder of a man who she said solicited her for sex when she was just 16. She will be released from prison in August of this year.

Brown was initially convicted of murder in 2006. Although lawyers argued that Brown — a child trafficking victim — was acting in self-defense and showed evidence of a lifetime of abuse in her home, she was sentenced to life in prison. Brown’s story gained national attention late last year after celebrities like Rihanna and Kim Kardashian West brought new light to the trial, using the hashtag #FreeCyntoiaBrown.

In December, the Supreme Court of Tennessee ruled that Brown would not be eligible for parole until she’d served a minimum of 51 years of her sentence. At that time, Governor Haslam said he would consider granting clemency to Brown; celebrities such as Shay Mitchell and Sophia Bush were among Brown’s many online supporters petitioning for a clemency decision. Haslam’s announcement comes just two weeks before the end of his term in office.

She's been locked up for 14 years when she shouldn't have spent a day in a cage. #SurvivedAndPunished. Here's her statement about her commutation: https://t.co/aqUvX67g8G

“Cyntoia Brown committed, by her own admission, a horrific crime at the age of 16,” Haslam said in a statement. “Yet, imposing a life sentence on a juvenile that would require her to serve at least 51 years before even being eligible for parole consideration is too harsh, especially in light of the extraordinary steps Ms. Brown has taken to rebuild her life.”

Although Brown is not being exonerated, her sentence has been commuted, and upon her release on August 7 of this year, she will serve 10 years parole. In a statement, Brown thanked the governor, the staff at the prison, and the educators who helped her work toward her bachelor’s degree, which she is set to complete before her release.

“Thank you, Governor Haslam, for your act of mercy in giving me a second chance. I will do everything I can to justify your faith in me,” she wrote. “I want to thank those at the Tennessee Department of Corrections who saw something in me worth salvaging, especially Ms. Connie Seabrooks for allowing me to participate in the Lipscomb LIFE Program. It changed my life. I am also grateful to those at the Tennessee Department of Corrections who will work with me over the next several months to help me in the transition from prison to the free world.”

“Thank you to Dr. Richard Goode and Dr. Kate Watkins and all of you at Lipscomb University for opening up a whole new world for me. I have one course left to finish my Bachelor’s degree, which I will complete in May 2019.”

(Photo by euthman via Wikimedia Commons)

Kat Armstrong
Kat has been a writer, social media maven and mom for longer than she's willing to admit. She's also spent time in front of and behind the camera, interviewing celebs, politicians and acting as a producer for fashion and artistic photography shoots. When she isn't writing for various orgs and publications, she's hanging with her kids, husband and French Bulldog, Peter, in Toronto, Canada.
Activism
Current Events
Activism Controversy