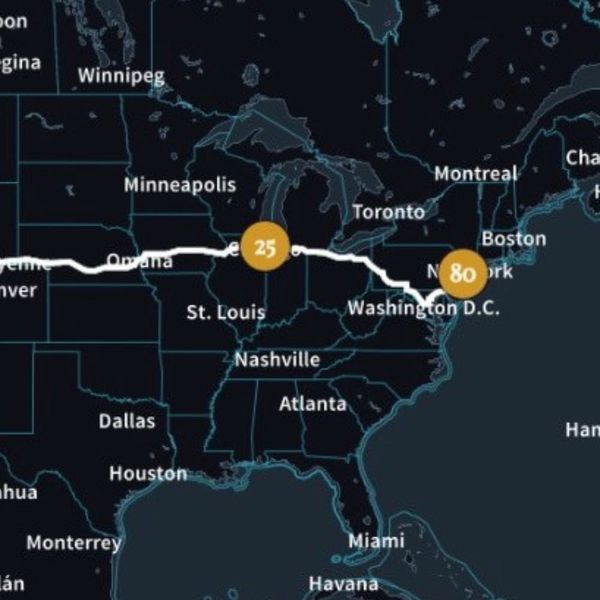 Anytime you see a star next to anything, you know it’s a good thing. That’s especially true for restaurants that have received a coveted Michelin star, which is no easy feat. Most eateries don’t earn any. Those that get multiple stars — three being the highest honor — signify that they offer “excellent” and “superb” cuisine. Basically, you can prepare yourself for some of the best eating in some of the world’s most beautiful restaurants. And regardless of whether you represent the east or west coast, you have plenty of options, with 159 Michelin-starred restaurants from New York City to California.

To fuel inspiration for the ultimate foodie road trip, the travel site Orbitz designed an interactive guide showing where the best restaurants are in the United States. Called “The Michelin Star Spangled Roadtrip,” it will help food enthusiasts plan their next culinary adventure in New York, California, Maryland, and Illinois. The interactive map on Orbitz’s website allows you to click on each restaurant’s name and you’ll automatically be redirected to its official website, where you can drool over the top-of-the-line (and sometimes minimalist) menu items.

In the Golden State, six restaurants earned three stars and seven earned two. Though Chi-Town is known for its deep dish pizzas (and that edible balloon), it proves that it has more to offer with five two-star venues. It also has one three-star restaurant, which serves food from two menus called “flora” and “fauna.” So fancy! But the Empire State is leading the pack in both two- and three-star establishments. Five restaurants in the concrete jungle earned three stars, including one on Central Park West, and a whopping 10 venues earned two.

If that’s not reason enough to plan your next foodie road trip, we don’t know what is. Just make sure to bring your appetite if you’re going to be dining out at these phenomenal places multiple times a day… don’t worry; we won’t judge.

Yasmein James
Yasmein James is a food writer living in New Jersey, but her heart’s on the other end of The Lincoln Tunnel. When she isn’t writing, you can find her eating her way to the most authentic ethnic restaurants in her travels. And writing all about it on her lifestyle blog, She’s Facing Freedom.
Food Trends
Food Adulting
Food Trends Foodie road trip Travel
The Conversation
More From Food Adulting