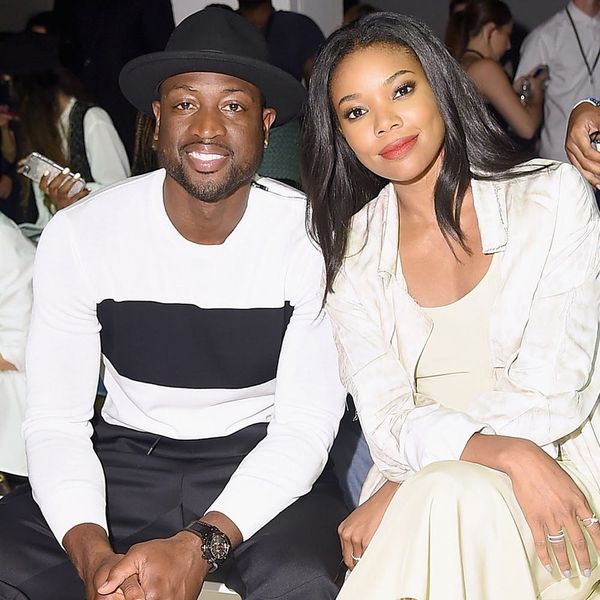 It’s official: Gabrielle Union and Dwyane Wade had the coolest celebrity wedding of 2014. Not only was the whole affair totally gorgeous, but it was also filmed well enough that it could be a movie. In fact, to celebrate their one-year anniversary, the newlyweds edited their footage and turned it into a rom-com trailer. I mean, does it get any better than that? Well, to answer your question, yes it does.

She tells Conan, “If you’re familiar with the NBA, NFL, Major League Baseball, everyone has an elaborate handshake. Him [Dwyane] and Lebron to this day have like 87 handshakes.” It looks like Gabrielle wanted to get in on the fun. After they were pronounced husband and wife, Dwayne and Gabrielle kissed like you would expect, but then the kiss progressed into synchronized hand motions and dance moves. After the clip played, Gabrielle commented on her and her husband’s sassy moves, saying, “You got to put a little stank on it, so it’s legal.” Welp, it looks like we have one more thing to add to our “hypothetical” wedding checklist.

Would you ever do a wedding handshake? Share with us in the comments below.

Cortney Clift
Cortney is the senior writer and special projects editor at Brit + Co. She typically covers topics related to women's issues, politics, and lifestyle. When she's not buried behind her computer you'll find her exploring New York City or planning her next big adventure.
Celebrity Wedding
Wedding Planning and Decor
Celebrity Wedding