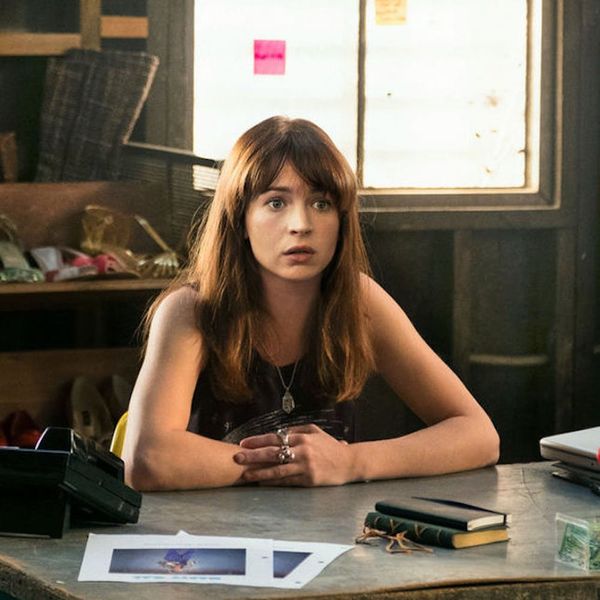 Of all Netflix’s new original shows, Girlboss had to be one of our favorites. Not only did it (loosely) document the rise to fame of one of our most-loved real-life girlbosses, Sophia Amoruso, but it gave us plenty of fashion and home decor inspo too.

We knew that more cancellations would be coming from the network after the company’s CEO, Reed Hastings, spoke out on his strategy earlier this month, saying that its “hit ratio [was] way too high,” and that Netflix “should have a higher cancellation rate overall.”

Still, we weren’t expecting a show with all the makings of greatness, including big backing names (in addition to Amoruso, Charlize Theron executive-produced the show alongside Pitch Perfect screenwriter Kay Cannon, with Britt Robertson as its lead) and plenty of girl power, to fold after just one season.

Despite the popularity of female-centric shows such as Sex and the City, there are the critics who would say it was that very girl power which played a part in the show’s lack of staying power. As Cannon shared in a Netflix panel, prior to signing with the streaming service, the show faced pushback from several other networks, who warned that the title and content might not be universal enough to appeal to male viewers. “When we did pitch it, they said, ‘You can’t call it Girlboss and you have to make it more for men,’” she revealed.

Amoruso, for her part, who penned the book the TV show was based off of, seems to be taking things in stride, sharing the news on her Instagram stories. “So that Netflix series about my life got canceled,” she wrote. “While I’m proud of the work we did, I’m looking forward to controlling my narrative from here on out. It was a good show, and I was privileged to work with incredible talent, but living my life as a caricature was hard even if only for two months. Yes, I can be difficult. No, I’m not a d*ck. No, someone named Shane never cheated on me. It will be nice to someday tell the story of what happened to me in the last few years. Ppl read the headline, not the correction, I’ve learned.”

But don’t mistake her relief for shade: She posted a second story to clear any air for followers who might have any inkling to dramatize her initial response. “I’m sorry if I hurt anyone,” she wrote. “Being me usually means hurting someone at any given time. Maybe I am a d*ck after all.”

And for the record… she STILL looks fierce in that iconic vintage East West leather musical instruments parrot jacket.

Are you bummed to see this one go? Tell us over @BritandCo.