Is Golden Milk the New Green Juice? We Tried It to Find Out 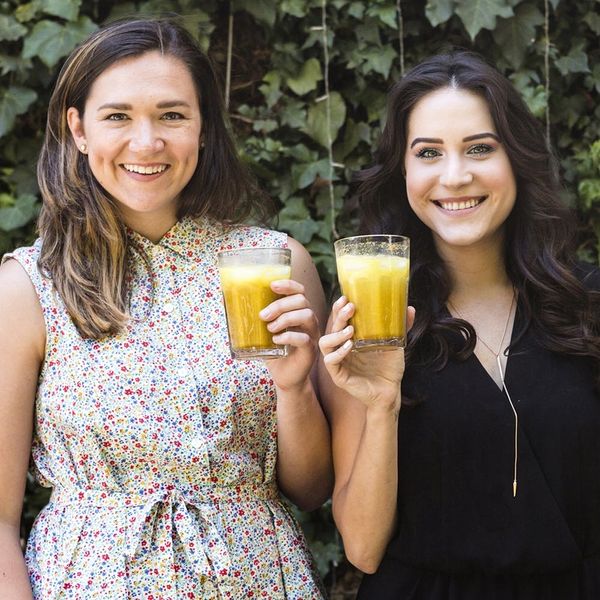 Let’s talk about green juice for a minute, y’all. Sure, it’s a nice + healthy refresher every now and again, but if we’re honest, we’re ready for something new. If you’re also ready to switch up your order, we have a prime pick for you: golden milk. WTF is golden milk? Allow us to explain.

The trending beverage is a drink you can have either iced or hot that’s made primarily with the spice turmeric, which gives it its crazy golden color. Turmeric has a ton of health benefits that are becoming more and more well known. It’s an anti-inflammatory and an anti-oxidant. It can aid in digestive health, help relieve high blood pressure and can regulate metabolism. And those are just a few of the magical effects that can come from this spice. When a drink offers this many health benefits, we have to worry. Does it taste AWFUL? It must, right?! We decided to put it to the (taste) test.

— a dash of black pepper (optional)

The process is relatively simple: Pour everything into a bowl, whisk together vigorously (like, put some real arm work into it) and then place a strainer over a glass and pour it in. I had mine over ice since it’s summer, but you could also have this warmed up when the temps cool off.

Cortney: “I was super skeptical at first, but honestly, I was into it. The ginger and cardamom gave it a nice spice and the almond milk made it nice and creamy. Honestly, I was expecting to just take a few sips for taste-testing purposes, but I drank the whole thing! If this was on offer at a coffee shop I would totally order it again.”

Beth: “It was delicious! I loved the ginger in it. It reminded me of kind of a chai latte. I used to drink African milk tea, which was really similar. It’s basically tea with fresh ginger, cinnamon and milk. It’s creamy but has a little kick to it! The color of the golden milk kinda freaked me out though!”