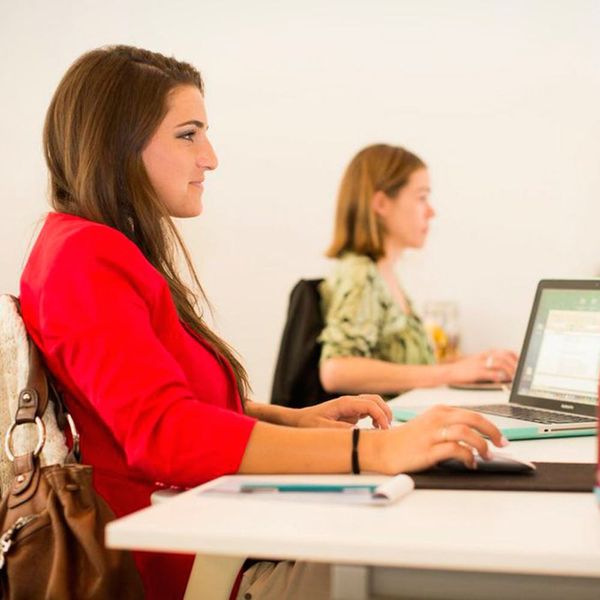 Wavering Internet connection seems to always happen at the worst possible times. Like when you’re trying to show your friends a funny video, but it ends up buffering every three seconds. Or when you’re trying to Skype with your boo and all you see are a handful of pixels. Or when you’re watching the latest episode of your favorite TV show on Netflix and you have to refresh the page about 10 times before it’s back to normal (#FWP). Like, gee, thanks a lot, WiFi. In happier news, Google is coming to the rescue with Google Fiber.

Google Fiber is a connection service that provides a connection that’s 100 times faster than basic broadband speeds. The secret is behind the gigabit (1000 Mbps) router, Network+ Box and Google’s use of fiber optics. That means no more choppy WiFi and no more lag on FaceTime. With Google Fiber, you also get one whole terabyte of cloud storage on Google Drive so all your documents remain safely backed up.

But Google Fiber isn’t only providing Internet connection; it’s also supplying a TV connection, and this isn’t your awesome Comcast TV. It’s better. The fiber optics allow less compression, which means you’ll be watching next year’s Super Bowl in super high definition. Google Fiber can record up to eight shows at once and store 500 hours of your fave shows. There are even on-demand options to choose from. Oh, and did we mention you’re not going to need a remote for all this? Simply download the Google Fiber TV app (free on Android and iOS) and your phone or tablet turns into a smart remote.

Currently, Google Fiber is only in Austin, Kansas City and Provo, and it’ll be headed to Atlanta, Charlotte, Nashville and Raleigh-Durham very soon. If you’re still iffy on switching to Fiber, you should stop by a local Fiber Space. There, you can try before you buy and see how fast it really is. Google claims it’s “the Internet experience of the future,” so be prepared to be blown away.

We’re hoping San Francisco gets added to their list of cities soon. However, Fiber networks are currently only by demand. If you want Google Fiber to come to you, you’re going to need to round up everyone in the city in order to meet your area’s sign-up goals. Alright SF, it’s time to put the Blue Bottle down and sign up for Google Fiber!

Which city do you want Google Fiber in? Which eight shows would you record at the same time? Let us know in the comments!

Stephanie Chon
As a spoken word fanatic, Stephanie enjoys journaling about her day using imperfect rhymes. In her free time, she likes to dance, watch random episodes of How I Met Your Mother and play her ukulele.
Google
Tech
Google
More From Tech