Should Kids Under 13 Have Their Own Gmail Accounts? 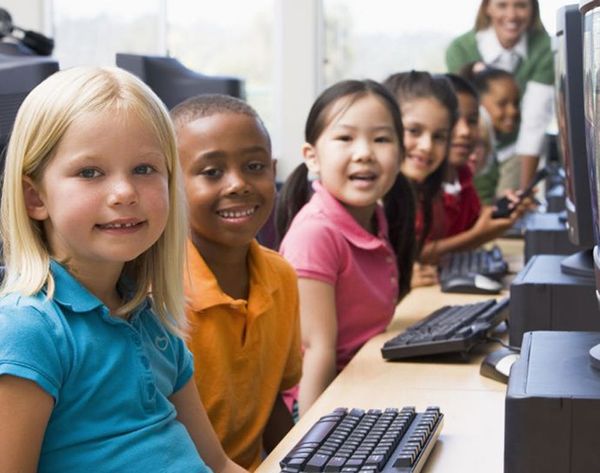 When we were kids, we used the computer for Kid Pix and Lemmings. As we grew older, we sat patiently waiting for that dial up modem to connect us to the Internet so that we could go on AOL Instant Messenger (aka AIM) and chat with our friends. There was no real need for surfing the web. Research projects were done in libraries, music videos were watched on TV (on TRL, obvs) and we got our news from the newspaper. Boy, have things changed since the ‘90s. The world wide web is so important to this generation that Google plans to offer accounts to children 13 and under.

Technically, there is nothing online that stops a child from posing as an adult to use Google services such as Gmail and YouTube. Providing kids with their own account takes away the forbidden fruit, giving them freedom to explore the web, watch cartoons and funny videos on YouTube, even learn to use email (see ya later, pen pals).

This will be the first time that such a large Internet search provider dives into the young market, although a few months back Google did announce their plans for a kid-specific YouTube. But with all the fun apps for kids, do they really need their own Internet? If you’re asking a child, then yes, yes they do. If you’re asking an adult, you’re sure to get some conflicting answers. Giving a child access their own versions of adult-only products at such a young age could expose them to cyber bullying, predators and things that, frankly, a child shouldn’t be clicking on.

The new kid-friendly Google accounts seem to have parents’ reservations in mind. They will be set up by parents so that they can control how their child uses the services and the content they’ll be able to access. If you’re worried about the security aspect (and who isn’t these days?), the accounts will also allow parents to control privacy settings along with what information is collected about their kids.

Google and their privacy and legal teams are still working out the details on this project to make sure that it is as safe as possible for youngins. There has been no official release date for when this might be available, but it feels like part of the bigger movement to expose kids to technology at a younger age, joining the many apps and games that help kids learn how to code, hack their ownapps and games and even 3D print.

We’re all for STEM and STEAM advancements in its different forms, but is this taking it too far? Allowing the engineers of tomorrow access to the Internet ASAP is important for their tech savvy future — if Google can figure out a way to keep it safe and keep parents informed of what’s up with their kids www habits.

Let us know your stance on Google’s plan to allow children under 13 to have their own (parental controlled) accounts in the comments below!

Rachel Sumner
Rachel is a Contributing Editor at Brit + Co and the founding editor of lifestyle blog, SADIERAE + CO. While her background is in fashion and styling, she also loves all things creative, cooking, traveling, binge-watching TV shows and giving piggy back rides to her golden retriever, Louie.
Google
Tech
Google YouTube
More From Tech