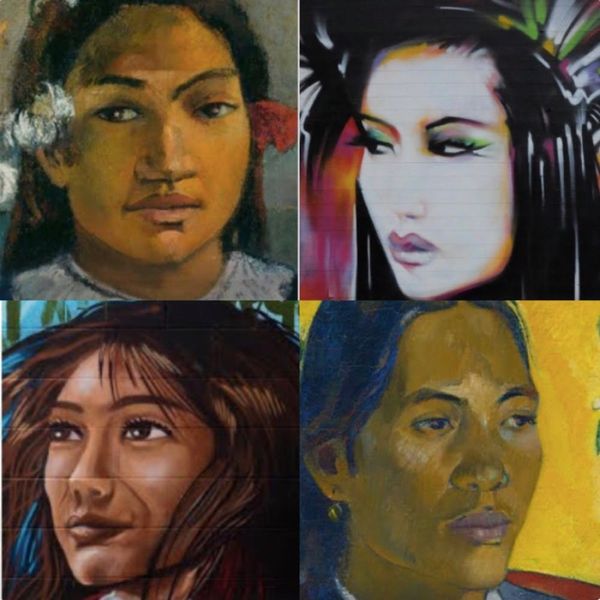 Google’s new Arts and Culture app matches selfies with famous images from the canon of world art. Sounds fun, right? The internet sure thought so, and the app has gone super viral in recent weeks. But the app comes loaded with a predictable problem: Art history is riddled with racism and cultural misrepresentation. How does Google deal with this problem, you ask? The answer is: It doesn’t, and art history’s ugly legacy comes shining right back in the faces of non-white users, in app form.

What are we talking about? As a recent story on KQED Arts points out, people of color using the app are getting some pretty limited, stereotyped images as matches:

If you do that whole Google Arts & Culture app portrait comparison as an Asian male, it gives you one of 5-6 portraits that hardly resembles you but, hey, looks Asian enough. CC: @angryasianman pic.twitter.com/yi0veOB3VF

This Google Arts & Culture app is racist as hell… I got 3 Polynesian women, an Asian man, and an Asian woman. Smh 🤦🏽‍♀️ pic.twitter.com/eNUjSRI3EV

That the app responds to non-white users in this way should have been predictable when you consider the source material. As Mashable points out, international art collections tend to focus on European work, and that work tends to depict flattering images of white people versus stereotypes of non-white people. The app’s sources include 700,000 images from the US, 75,000 from the UK, and 60,000 from Germany. In comparison, there are 16,000 images from Mexico and just 4,260 from South Africa.

This isn’t Google’s first fail when it comes to technology and race. In the past, their image recognition algorithms have mislabelled images of POC in Google Photo as “Gorillas.” Their fix for the problem? No more gorillas in Google Photos. Not exactly a perfect solution.

The app’s shortcomings show us that when technology — which is ostensibly supposed to bring us together and make society more equal — draws on the world’s less than equitable history, it’s doomed to perpetuate the very entrenched stereotypes we’re working so hard to shed.

Have you been disappointed by Google’s Arts & Culture app? Tell us @BritandCo.

Lia Grainger
Lia Grainger is a freelance journalist and reluctant nomad who divides her time between Canada and Spain, weather dependent. She's written for The Atlantic, Reader's Digest, the Toronto Star and other print and online publications, and her work appears in dozens of languages around the world.
Controversy
Diversity
Controversy Google inclusivity
More From Diversity