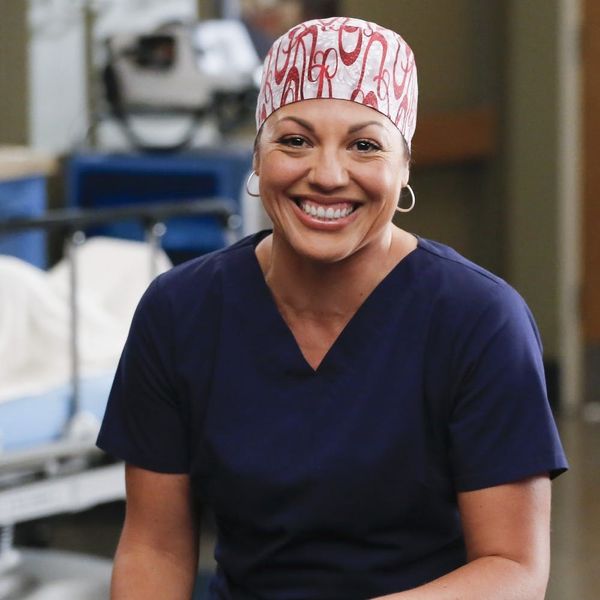 Grey’s Anatomy alum Sara Ramirez is returning to TV — though not, as fans surely hope, on Grey’s or the beloved series’ new firefighter spinoff. Instead, she’ll be popping up as a series regular on Madam Secretary.

As the iconic Bebe Neuwirth leaves the CBS hit behind, Ramirez will be joining the cast as Kat Sandoval, described by E! News as “a brilliant political strategist, legendary in DC for her talent and for abruptly dropping out of politics until Elizabeth manages to coax her back into the State Department.” It sounds like a perfect role for the actress, who played Dr. Callie Torres on more than 200 episodes of Grey’s before saying goodbye at the end of season 12.

Ramirez is currently the voice of Queen Miranda on Sofia the First, but from the looks of her latest Twitter post, it’s clear that she’s ready to step in front of the cameras again.

Grey’s fans may not recognize her when she does, though. Instead of long black hair and a lab coat, she’s slaying a side-shave with a slick suit, complete with suspenders. “Can’t wait for you to meet Kat on Nov. 19! #KatSandoval @MadamSecretary #CBS,” she captioned the photo, noting the date when she’ll make her big debut.

“We’re very excited that Sara is joining the cast,” executive producer and series creator Barbara Hall said in a statement about the news. “She brings a fresh perspective and a fun, energetic quality to the State Department staff.”

Executive producer Lori McCreary added, “We are thrilled to have Sara join the Madam Secretary State Department team. From the moment she walked on set with her talent, intellect, and spirit, she became part of the family!”

We can’t wait to see how the series brings Ramirez’s new character into the fold when Madam Secretary airs Sundays at 10pm on CBS.

Are you excited to see Sara Ramirez on Madam Secretary? Let us know @BritandCo!

(Photo via Vivian Zink/ABC via Getty)