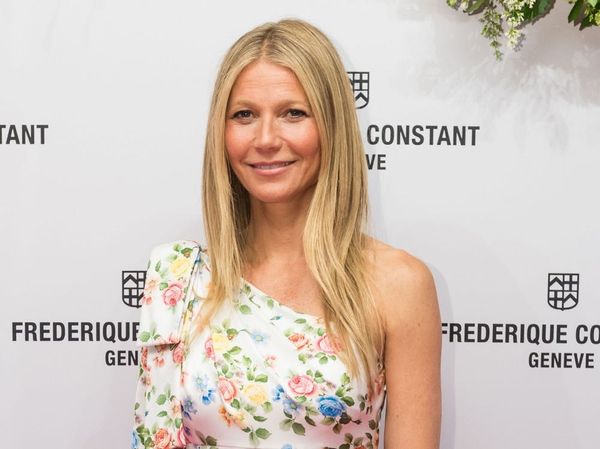 Gwyneth Paltrow is officially married! The 46-year-old actress and goop founder said “I do” to 47-year-old TV producer Brad Falchuk in a star-studded wedding in the Hamptons on Saturday, September 29.

Although the pair, who announced their engagement back in January, managed to keep most of their big day under wraps (just like they’ve done with their relationship since first meeting and falling in love on the set of Glee back in 2014), People managed to confirm a few details, including their star-studded guest list. Paparazzi spotted Robert Downey Jr., Steven Spielberg, Rob Lowe, Cameron Diaz, and her hubby, Benji Madden, arriving at the wedding.

Despite all the glitz, however, the lovebirds actually appeared to keep things pretty low-key, with the groom driving himself to the nuptials in his red truck. What’s more, rather than renting out a fancy venue, Paltrow and her beau decided to exchange vows at Jerry Seinfeld’s estate in the East Hamptons, according to Just Jared.

This is the second marriage for both. Falchuk was previously married for 10 years to Suzanne Bukinik, with whom he has two kids, Brody and Isabella. Paltrow and her ex-husband, Chris Martin, also have two children, Apple and Moses.

Back in January, she revealed how different things were for her this time around, writing, “Personally, at midlife, I have tried to accept how complex romantic love can be. I have decided to give it a go again, not only because I believe I have found the man I was meant to be with, but because I have accepted the soul-stretching, pattern-breaking opportunities that (terrifyingly) are made possible by intimacy.”

Are you surprised by the pair’s low-key wedding? Tweet us @BritandCo.