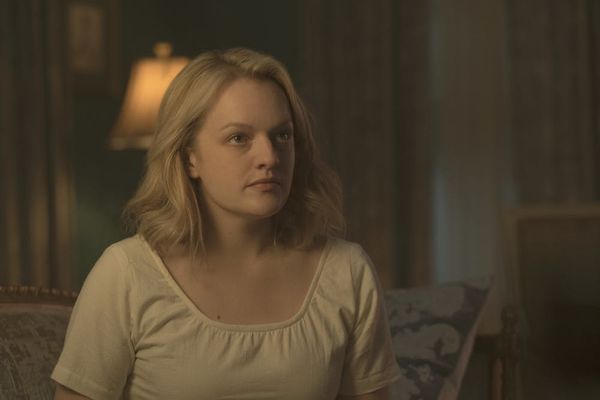 During Super Bowl LIII on Sunday, February 3, Hulu dropped the first look at season 3 of The Handmaid’s Tale, and by the looks of it, there’s a revolution brewing in Gilead.

“It’s morning again in America,” the narrator in the clip, which is styled after a vintage Ronald Reagan political ad, begins. “Today, more women will go to work than ever before in our country’s history. This year, dozens of children will be born to happy and healthy families.”

The video quickly takes a darker turn, as wholesome images of wheat fields and women holding children morph into scenes of fiery violence. As the narrator repeats, “It’s morning again,” over and over, the camera eventually stops on the familiar face of Offred/June (Elisabeth Moss). She takes over from there, saying, “Wake up, America. Morning’s over,” as a stream of handmaids march in front of a giant cross where the Washington Monument usually is.

June decided to stay in Gilead at the end of season 2, and this first teaser would seem to suggest that she’s not there just to find her lost daughter, but to stage a revolution against the authoritarian Republic’s takeover of America.

Hulu has not yet announced an official premiere date for season 3, but it’s “coming soon.” Watch the full teaser above.

Are you looking forward to season 3 of The Handmaid’s Tale? Let us know @BritandCo!