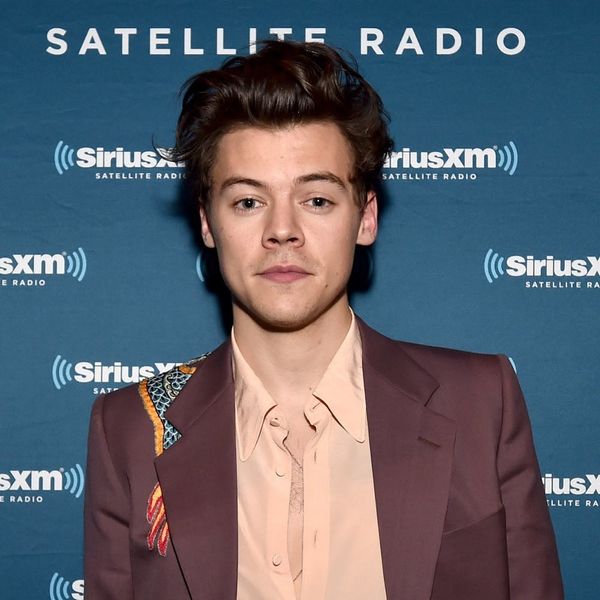 Though the Manchester bombing was more heartbreaking than we could ever express, as Ariana Grande herself said, now is the time to “choose how we let this affect us and how we live our lives from here on out. For the singer, that means planning a benefit concert for the victims (who we now know the names of) and survivors, including 14-year-old Freya Lewis. Yet it was another famous musician that left perhaps the biggest impression on the young woman in the wake of the tragedy: Harry Styles.

According to the Manchester Evening News, Lewis was the best friend of Nell Jones, who was sadly killed during the bombing. Lewis herself required CPR when first responders arrived at the scene and is currently in intensive care at Royal Manchester Children’s Hospital after suffering multiple fractures, lacerations, and burns when she was hit by shrapnel. Having already spent more than 10 hours in surgery, there are still more planned to deal with the extensive damage done to her young body.

Styles, who was one of many celebs to speak out following the attack, apparently caught wind of her plight and felt compelled to do something about it. As a post from the blog the teen’s family has set up on her school’s website to update her peers on her recovery revealed, Lewis, who has been heavily sedated and spending much of her recovery sleeping, woke up to a very special phone call. “[T]he phone rang, and it was Harry Styles…Freya woke up, Harry said he loved her, she said she loved him, then Dad said he loved him!!” (Awwww, too sweet, Dad!)

The family also gave an update on Lewis’s condition in a subsequent post, revealing that she is now aware of what has happened to her, the tragedy she has survived, the recovery she faces, and the friend she lost. “After we all calmed down after speaking to Harry, Freya had a comfortable night. At 0600, she came around completely for the first time, her memory kicked in about the events of Monday night, and she started asking questions. This was the moment we had been both waiting for and dreading.”

While those around her have chosen to allow Lewis to decide which details to share (a choice which we totally respect and applaud), they do note, “She understands, with absolute clarity, what happened on Monday night and what injuries she has sustained. Freya’s response to all of this information has been incredible, beyond any words. Her strength is phenomenal and inspiring.”

What do you think about celebs reaching out to victims after a tragedy like the Manchester bombing? Let us know @BritandCo!