10 Totally Terrifying Haunted US Spots to Visit in October 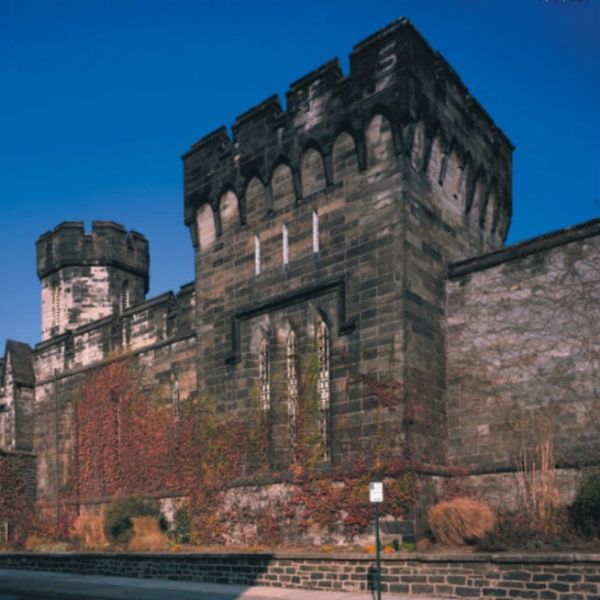 We all celebrate Halloween in our own way. Whether you’re a lazy girl who hates Halloween (but who still wants a cute costume, obvi), a DIYer who’s obsessed with making monster sushi party apps or a film buff with a Netflix Halloween queue a mile long, there’s a spooky way for everyone to get into the Halloween spirit. For those of you who’ve been bitten by the travel bug, we’ve put together a list of 10 historical haunted spots to visit in the US. Grab your girlfriends and gird your loins for a totally terrifying adventure.

1. Hermann-Grima House, New Orleans, LA: Poltergeists can be polite too, you know! The spirits at the Hermann-Grima House have been known to sprinkle lavender and rose petals on the floors, and have even turned on fireplaces to keep past guests cozy. The house is now a museum, which you can stop into year-round. But if you visit in October, be sure to book a death and mourning tour, where you’ll witness a reenactment of the Widow Grima’s 1850 funeral in and learn about “the religious and cultural significance of death in New Orleans.” (Photo via Hermann-Grima House)

2. Lizzie Borden Bed and Breakfast, Fall River, MA: You know the story: Teenager Lizzie Borden kills her parents with an ax at home, “giving her mother 40 whacks… giving her father 41.” The house has been turned into a bed and breakfast and museum, where you can stay for a weekend (eek!), or get a tour of the rooms to learn more about the family. Guests have left their Borden adventure feeling ill, oppressed and paranoid, which sounds awful for any other B&B stay, but a total win in a ghost hunter’s world.

3. Stanley Hotel, Estes Park, CO: This historic hotel is the inspiration behind Stephen King’s The Shining, so it’s got some serious ghost cred. King, along with hundreds of other hotel guests, report super creepy paranormal activity, from belongings being unpacked to unseen children giggling. The beautiful old hotel is still fully operational, which makes it the perfect October weekend getaway spot. (Photo via Getty)

4. Villisca Ax Murder House, Villisca, IA: With a name like Ax Murder House, you know this place has got to be spooky. In 1912, the home’s six occupants were murdered in the night; the killer was never found and there’s no known motive. Visitors have reported hearing children crying at night and seeing an apparition of a man carrying an ax. Visit in October for a lamplight tour or book a room for an overnight stay (and consider yourself warned — you may have nightmares for a while).

5. Whaley House, San Diego, CA: Thomas Whaley built his home in 1856 with bricks from his own brickyard — right on top of the city’s first gallows site. In fact, Yankee Jim Robinson was hanged there four years before the house was built, and is believed to still haunt the premises today. He can be heard pacing the rooms, opening and closing doors and swinging from the chandelier. Other ghost sightings include Whaley himself, his wife and an unidentified young girl. You can visit anytime for a tour or ghost hunt, but the house has a special roster of October events to make your Halloween visit even scarier. (Photo via Whaley House)

6. Trans-Allegheny Lunatic Asylum, Weston, WV: You’ll definitely get a major side of cheese with your ghost tour at this Civil War-era mental hospital-turned tourist attraction. In addition to the traditional paranormal tour of the facility, where you’ll learn about all the spirits that currently haunt the spot, there’s also a haunted house and zombie paintball ride on-site. If you’re looking for something a little more intense, sign up for an overnight ghost hunt, led by “experienced” ghost hunters, where you can get your EMF meter reading on.

7. Eastern State Penitentiary, Philadelphia, PA: The treatment of inmates was really gruesome at this infamous former prison. Those tortured souls apparently started haunting the prison in the 1940s, when inmates and officers alike started reporting hearing whispers, weeping and the eerie sound of pacing feet when they were all alone late at night. While it was shut down in the ’70s for abuse, the ghosts of the tortured inmates are said to have lingered inside. Visit ESP for a regular tour or to test your terror levels at the super scary on-site haunted house. (Photo via Eastern State Penitentiary)

8. Moon River Brewing Company, Savannah, GA: We’re pretty sure that in a Southern Gothic town like Savannah, even the local 7-11 is haunted. One of the most historically haunted spots, though, is the Moon River Brewing Company building. Built in 1821 as the City Hotel, it became a makeshift hospital during the Civil War and saw its fair share of Yellow Fever deaths, war casualties and even a murder. Patrons of the now-micro brewery say they’ve seen bottles fly across the room and have been pushed and slapped by invisible forces (whoa!). There’s even a resident poltergeist, Toby, a cranky fellow who taunts anyone at the basement billiards table.

9. Pittock Mansion, Portland, OR: The elderly Pittock couple, Georgiana and Henry, both died within five years of moving into their dream home. Since their deaths in the mid-1900s, tales of the couple’s continued presence run rampant. A portrait of Henry changes locations, the scent of roses fills rooms with nary a bloom in sight and Georgiana herself has been seen walking the rooms. Visit to get a tour of the gorgeous mansion and maybe even get a glimpse of Georgiana herself. (Photo via Pittock Mansion)

10. Saint Augustine Lighthouse, St. Augustine, FL: Two little girls died while playing onsite during construction of the lighthouse, and their ghosts are said to remain inside the structure today. Visitors report hearing a girl’s voice yelling “help me!” while others have seen lights come on and turn off. The lighthouse offers a guided nighttime ghost tour that promises “all ghosts, no gimmicks.”

Now that you’ve got the spirit scoop, which haunted place would you most like to visit this Halloween season? Tweet us @BritandCo and let us know!

Megan Parry
Megan Parry is a lifestyle writer living in Philadelphia where she's making generous use of her library card, obsessively reading friends' natal charts, and learning how to differentiate between "dried apricot" and "juicy apricot" notes in wine.
Halloween
Travel
Halloween