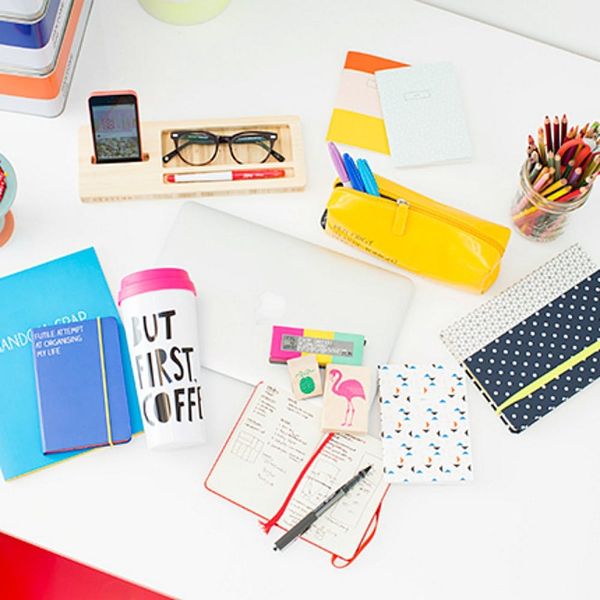 While a messy hairstyle might do wonders for our office style, a messy desk is a little less okay in the workplace. Sure, we can always research desk organization hacks and splurge on cute decluttering desk accessories… but some people (myself included) just feel more at ease in a messy space.

Well, thanks to a study published in Psychological Science, we know the pros and cons of having a messy desk at work. Led by psychological scientist Kathleen Vohs, the researchers’ first experiment asked participants to fill out a questionnaire in an office. Although the tests were the same, participants either had to fill out the questionnaire in an organized or messy office. Once they were finished with the test, the participants were then asked if they would like to donate to a charity and were given the choice to take either an apple or a chocolate bar.

Since “prior work has found that a clean setting leads people to do good things: Not engage in crime, not litter and show more generosity,” according to Vohs, it was unsurprising that the participants who completed the questionnaire in the clean office gave more money to charity and opted for the healthier snack.

However, in a further experiment, participants were asked to come up with new uses for ping pong balls (AKA the best DIY challenge ever!). Although both participants in the messy and clean offices created the same number of ideas, those in the messy room came up with more interesting and creative ideas, according to impartial judges.

So whether you pride yourself on the cleanest desk in your cubicle block or are prone to a junk pile here and there, there are advantages and disadvantages to all work environments. “Disorderly environments seem to inspire breaking free of tradition, which can produce fresh insights,” Vohs says. “Orderly environments, in contrast, encourage convention and playing it safe.”

Are you #TeamOrganized or #TeamMessy? Tweet us by mentioning @BritandCo.