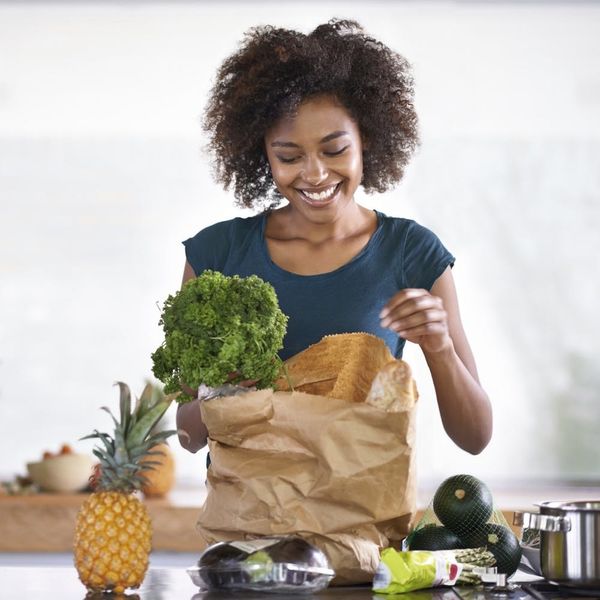 Since we hear about different and new diets all the time, it can be really hard to figure out which ones are actually good for you in the long term. Sure, you might see the results you want from subsisting only on smoothies for six weeks, but what’s that doing to your insides? It’s way better to adopt a method of eating that makes you feel good from the inside out. The Paleo diet, which emphasizes whole, natural foods, has been around for awhile, but quickly gained popularity with the CrossFit community and has now become a well-known eating style. As we know, the more fruits and veggies you eat, the happier you are, so it makes sense that people are loving this way of eating. Now there’s even more good news for those who are into the “caveman” diet: A recent study found that it helped to improve the cardiovascular health of already-healthy people in just eight weeks.

Since Paleo is so popular with people who love to work out, it makes sense that researchers would want to find out how it impacts the health of fit people. “Very few studies have examined the Paleo diet in seemingly healthy participants, despite the prevalence of this dietary practice in health and fitness enthusiasts,” said study author Chad Dolan, a graduate student researcher at University of Houston Laboratory of Integrative Physiology. The fit participants switched from a traditional Western diet (think: high in fat and processed foods, low in fruits, veggies and quality proteins) to the Paleo diet for eight full weeks. While the results weren’t completely conclusive since there was no control group not doing the diet used in the study, a couple of things are certain. Firstly, the participants did experience improved cardiovascular health. Secondly, they consumed fewer calories and grams of carbs while following the Paleo diet than they did before.

An added bonus? The study was not designed to promote weight loss, but all of the participants shed some pounds over the course of the study. This is especially interesting, because they were told they could eat as much as they wanted, as long as they adhered to the diet. “This study’s findings add to the possibility that short-term dietary changes from a traditional Western pattern of eating to foods promoted in the Paleo diet may improve health — or, at the very least, the diet does not have negative health implications in terms of the parameters we studied,” Dolan said in a press release. Additionally, this study could be a partial answer to those who have criticized the Paleo diet for being so meat-heavy.

So what does this mean for you? If you’ve been thinking about trying out Paleo or even something like The Whole 30, this study provides some evidence that it could be a good idea to give it a go and see if it works for you. Since the study was so small (only eight people were tested!), more research definitely needs to be done to fully investigate the heart benefits of the diet, but this research is certainly promising news for meat lovers everywhere.

Have you ever tried Paleo? Share your favorite recipe and tag us @BritandCo!

Julia Malacoff
Julia is a writer, editor and proud life-long vegetarian based in Brooklyn, NY. An avid traveler, meditation enthusiast and exercise junkie, she stays active in every new locale she visits.
Diet
Health
Diet Paleo