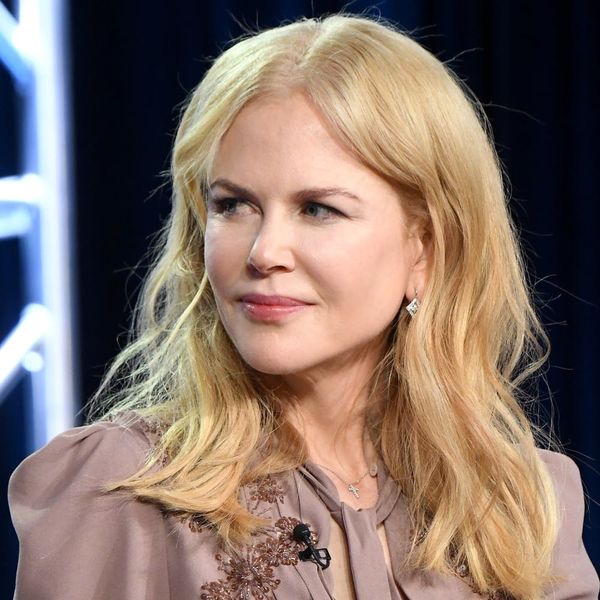 While celebs like Katy Perry are getting politically woke in the wake of the 2016 Presidential election, others are slowly but surely accepting our collective fate, which, like it or not, includes Donald Trump as our President-Elect.

Some are showing support in the form of public performances at his inauguration on January 20, but one celeb speaking out in favor of acceptance just may surprise you.

Talking to BBC 2, actress Nicole Kidman, who has not only supported many women’s issues over the years but is usually rather reserved with regard to her political beliefs (despite reportedly donating to plenty of Democratic causes), voiced her opinion about the world’s reception of our incoming President. “I’m always reticent to start commenting politically; I’ve never done it in terms of America or Australia. I’m issue-based. So I just say, he’s now elected, and we, as a country, need to support whosoever [is] the President, because that’s what the country’s based on.”

Though she didn’t mention Donald Trump by name, she went on to say that “Whatever, however that happened, he’s there, and let’s go.”

Needless to say, the comments drew plenty of ire from her fellow left-wing supporters, prompting a follow-up interview with Access Hollywood, in which Nicole briefly clarified her words.

“I was trying to stress that I believe in democracy and the American constitution, and it’s that simple,” she said.

When the reporter tried to press her for more, asking whether or not her comments were misconstrued, Nicole wasn’t having it, saying, “I’m just out of it now. That’s what I said, and it’s that simple.”

Considering similar statements were made by both Hillary Clinton, who pushed for unity in her concession speech, and President Barack Obama himself, who made no bones about his love for democracy in his recent farewell speech, we think the backlash over these statements may be a BIT unfair: This wasn’t exactly a declaration of love for Donald Trump, after all.

One thing’s for sure: We doubt she’ll be jumping into the political arena again anytime soon!

Do you think Nicole has a point? Chat with us @BritandCo.

Nicole Briese
Nicole is the weekend editor for Brit + Co who loves bringing you all the latest buzz. When she's not busy typing away into the wee hours, you can usually find her canoodling with her fur babies, rooting around in a bookstore, or rocking out at a concert of some sort (Guns N' Roses forever!). Check out all her latest musings and past work at nicolebjean.com.
Controversy
Celebrity News
Controversy Politics
More From Celebrity News