How Heroines in Romance Novels Are Fighting the Patriarchy 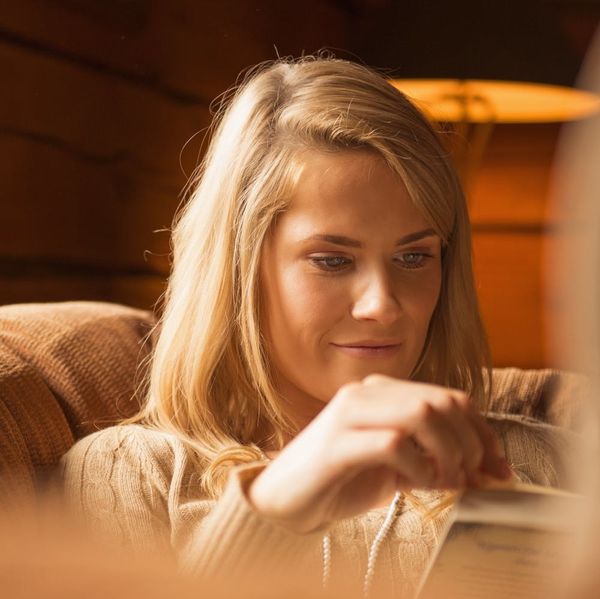 Stacey Abrams, the Georgia House Minority Leader who is running for the Governor of Georgia in the 2018 election is a pretty big deal. Not only would she be America’s first Black female governor and Georgia’s first female governor if she won, but she’s an award-winning romance novelist who writes under the name Selena Montgomery. That’s right: she’s the physical manifestation of a new brand of romantic heroine fighting the patriarchy, and we’re jumping on for the ride.

In a 2017 interview with The Washington Post, Hillary Clinton made an offhand remark that romance novels depict “women being grabbed and thrown on a horse and ridden off into the distance.” The statement insinuated that romance fiction perpetuates a cycle of abuse by writing about aggressive men, a huge generalization for a genre whose readership is estimated to be 84 percent female. It was also reflective of the misconceptions surrounding the genre, which has evolved to not only represent the voices of marginalized communities but also to portray women who are strong, successful heroines that set the boundaries for a relationship, both in and out of the bedroom.

Sexy stories can and do certainly co-exist with sexual consent without compromising the other; hundreds of romance novels are published every year, and many of their authors have openly spoken out against sexual assault and have always made sure that consent isn’t ambiguous in their novels. The recent trends in romance lit that have been amplified in the post-Weinstein world are not meant to quash sexual content, but rather to find a way to make it integral to the storyline.

Whether a romance novel’s heroine is a woman who is a CEO of a multibillion-dollar company or one who has overcome travesties in her life to get to where she is now, many of these women are fighting the patriarchy, upturning the antiquated and preconceived notions of a woman’s role in society while also redefining an approach to sex in a way that is both liberating and revolutionary. Consent is a priority in these novels, in which the hero always makes sure the heroine is okay with the direction of their relationship, and heroines demand and reinforce respectful boundaries.

“Are you sure?” Zach says before he and Poppy are about to be intimate in author Kendall Ryan’s book xo, Zach. “If you’ve changed your mind, if any of this doesn’t feel right, just say the word…”

And in Trustby Kylie Scott, when Edie about to lose her virginity to her best friend John, he confirms with her multiple times to make sure it’s what she wants and that she has no qualms.

This isn’t a new concept in the genre, or a development triggered by the start of the recent #TimesUp and #MeToo movements. Sylvia Day’s 2012 Bared to You series specifically involves two characters who are survivors of sexual assault, who fall in love and help each other fight the demons of their past all the while using sex as a healing mechanism through which they can learn to accept that not all sexual acts are bad. Yes, it’s a billionaire love story, but it’s important to note that Eva Tramell, the heroine, is just as wealthy as Gideon Cross, and not only does she have her own job, but she challenges Gideon at every turn, forcing him to examine his own actions and calling him out on his nonsense. She fights just as hard for him as he does for her.

In Jasmine Guillory’s new debut novel The Wedding Date, which examines the intricacies of an interracial romance, the heroine Alexa is a confident Black woman who is the chief of staff for the mayor of Berkeley, California. Not only does she steer the course of her relationship with Drew and refuse to allow him to make assumptions about her, but professionally, she helps initiate and fund a program for at-risk youth to seek help and receive guidance on changing the direction of their lives.

And K.A. Linde’s The Wright Secretand author duo Christina Lauren’s Beautifulseries find heroines in high-powered positions who are equals to the men they fall in love with and are successfully able to juggle the demands of their job with all that comes with a committed relationship. Linde’s heroine Morgan Wright takes over her family’s company and is seen combating sexism in the workplace and proving to the board members that she’s more than capable for the job all the while refusing to let anyone tell her that she can’t handle both a career and a love life.

Christina Lauren’s heroines — all of whom are executives, CFOs, and scientists, and in many cases smarter than their male counterparts — not only give the heroes a run for their money but reclaim their sexuality by stepping out of their comfort zones and indulging in their innermost fantasies. In the first book, Beautiful Bastard, Chloe Mills breaks up with her boss Bennett Ryan after he undermines her skills in front of a client, unwilling to put up with a man who doesn’t see her as an equal. It’s only after he proves himself and atones for his actions that she decides to give him a chance.

It’s easy for non-readers of the genre to disregard it and blame it for the normalization of aggressive and entitled men in today’s society, but romance novels have been dismantling the patriarchy and condemning toxic masculinity for years now as more stories about strong women get told. Consent is what drives the romance in these stories, creating a judgment-free space for women to voice their wants and their levels of comfort without hesitation because they know that they can put a stop to whatever happens at any time.

Such novels challenge the notions of what constitutes a happily-ever-after in real life and invite discussion and contemplation for real women on how they can achieve the same without losing their identity and independence.

Kamrun Nesa is a writer whose work has appeared in Bustle, PopSugar, USA Today, HelloGiggles, and BookBub.