How This Woman is Inspiring Black Women to Run 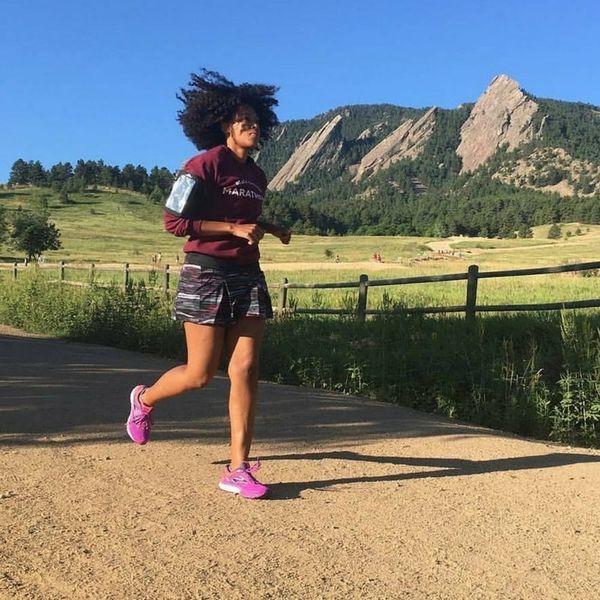 Running is one of the most popular and widely-practiced sports worldwide, and it’s easy to understand why: It’s a workout that doesn’t cost very much, and it can be done literally anywhere you go. For friends Toni Carey and Ashley Hicks-Rocha, graduates from Middle Tennessee State University and sorority sisters at Alpha Kappa Alpha, the convenience of running was also the appeal. So they decided to embark on their very own running journey together.

But almost immediately, Carey and Hicks-Rocha noticed a serious lack of diverse representation in the running community, specifically among African-American women. But as they began to seek out running groups and challenge themselves to marathons, they encountered unwelcome behavior — with racist undertones — from others. Carey recalls one time when she and Hicks-Rocha joined a group run in Charlotte, North Carolina and someone in the group asked the pair if they were lost.

“I remember thinking to myself that I never want anyone to feel how we felt that day,” sharing that although they loved running, it was clear to both of them the community was not welcoming or inclusive.

The pair were inspired to launch Black Girls RUN! in 2009 to make fitness and healthy living a priority for women, especially Black women in America. “We knew that our community needed it, and we wanted to break down the misconceptions about this great thing that we love.'”

Happy holi-daze 📸: Super stoked to be featured in the @brooksrunning 2017 holiday campaign with the @officialblackgirlsrun crew. See the campaign in the Brooks holiday catalog and online at brooksrunning.com

When the pair launched Black Girls RUN!, their mission was simple: encourage African-American women to make fitness a priority. “Our goal has always been to encourage and inspire women to get active and put their health first. Out of that spawned an amazing community of support across the country,” explains Carey. Since the group launched in 2009, they have been able to expand to 225,000-plus members in over 70 Facebook groups that meet in person across the country.


But building the organization into what it is today has been a huge learning curve for the pair. “When we first launched, people didn’t believe that you could do good for your community and make money,” Carey shares, explaining that she and Hicks-Rocha drew motivation and energy to keep going knowing that thousands of women across the country were depending on their run club as a safe space.

“Every day, Black women are told they aren’t enough,” Carey says. “We wanted to push back on that narrative and give Black women the love, respect, and attention they deserved and let them know that they are enough.”

BGR! Nation showed up and showed out in New Orleans this weekend @runrocknroll. It was beautiful to see all these powerful women hitting the pavement of New Orleans. Great job ladies! #blackgirlsrun #melaninmagic #preservethesexy

In spite of the strides the women have made in creating a more inclusive running community, a representation gap remains. According to Running USA’s biannual National Runner Survey, only 1.6 percent of marathon runners in America are African-American. Carey explains that a big part of what Black Girls RUN! does is give African-American women permission to participate in a sport traditionally dominated by white women.

“Representation is such an important part of what we do,” she says.


But Carey notes that there still aren’t many race directors and senior executive positions at running brands for folks who identify as Black, and even fewer who are Black women.

“I still hear instances where Black women don’t feel safe running alone — especially in this political climate,” says Carey. If the sport wants to truly be diverse and available to all people, it needs to start at the top.”

Though she and Hicks-Rocha have accomplished a lot since their launch, Carey is most proud of how Black Girls RUN! has been able to change people’s idea of what a runner “should” look like, sharing that Black Girls RUN! is “more than just a running group, it’s a group of women creating a generational change.”

While there are major changes in store for Black Girls RUN! that Carey hints at, she notes “there’s still so much work to do and so many more women that need us, and we can’t wait for this next chapter!”


Are you part of a running community? Tell us @britandco!

From Your Site Articles
Amanda Scriver
Amanda Scriver is a passionate storyteller and body image advocate based out of Toronto, Canada. When she isn't writing for various publications, she finds time to Keep Up With The Kardashians while partaking in life's greatest pleasure: the chip buffet. Don't ask her what her favorite restaurant is, it's complicated
Fitness
Diversity
Fitness Inclusivity Ladies First Running