How to Actually Score a Gig As a Disney Princess IRL 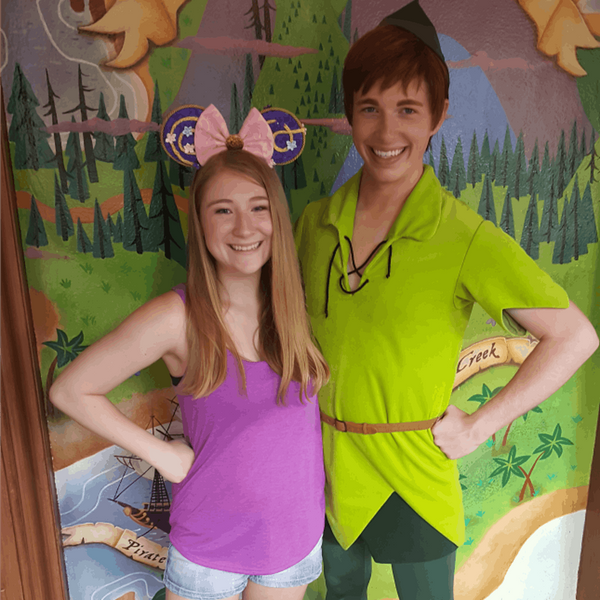 Now that the open casting call for Disney’s live-action remake of Aladdin is officially over, you may think that you missed your last adult chance to become an IRL Disney Princess. But don’t fret, Disney fans — there’s still one more way to fulfill your childhood dream. Thanks to the awesomeness that is the Disney College Program, students attending university or college can audition to become character performers at the Disney parks. (That includes undergrads and grad students.) We sat down with YouTuber Olivia Reed to chat about her time as a character performer at Walt Disney World last fall and find out her top tips for auditioning, meet-and-greets, and more.

Olivia Reed: So there’s this video on YouTube called “Confessions of a Retired Disney Princess.” Before watching it, I didn’t realize that some people performed as Disney Princesses for their actual job! The next video suggested was a girl who auditioned and was cast as a character performer for the Disney College Program. I followed her year-long journey and knew that I wanted to do that someday.

B+C: For those of us who are still hoping to become a Disney Princess (hey, a girl can dream!), can you explain what the auditioning process is like to become a character performer for the Disney College Program?

OR: First off, long before the audition, you need to start the application process for the DCP itself. The DCP is a semester-long internship at either Disneyland in California or Walt Disney World in Orlando. Interns live in Disney apartments a few miles from the parks and work a full-time schedule as park employees. You can work in merchandise, entertainment, custodial, attractions; pretty much every role in the park. The application process consists of three stages, both online and over the phone, where applicants will have the chance to let recruiters know which roles they would like to work. (Ultimately, it’s up to Disney’s need on where you get placed.) There’s also an in-person audition if you want to be a character performer. Auditions are only held in a few cities across America, so you might have to fly to the nearest location.

The audition itself is two parts: an animation portion and a choreographed dance routine. Disney characters are larger than life, so the casting directors are looking to see if you can improvise a scene and perform it BIG. The dance section is more of a formality — if they see parade potential, then great! But you can still be cast even if you have zero dance experience. Though sometimes interns can be cast as face performers (Princesses, Tinker Bell, Mary Poppins, etc.), usually they’re chosen to perform fully costumed roles.

B+C: Talk us through a typical day as a character. What exactly does a Disney character’s day-to-day look like?

OR: Most of my shifts were 11 hours long and would start before the park opened. After my hour-long bus ride to one of the parks, I would clock in and pull my costume for the day. After a quick warm-up, my group would be driven in either a van or a golf cart to our location. Once we arrived, we would assemble our costumes and then go out and meet guests! There’s a lot more that goes into performing than just hugging kids and smiling for pictures, but being paid to do that is pretty awesome, so that’s usually what we highlight. After meeting guests for a while, we go backstage, drink some water, cool off, and repeat the process! On my lunch break, I’d usually walk the World Showcase, browsing through shops and looking at new merchandise. The best days at work were when photographers, attendants, and performers had fun on the job and with each other. By the end of the day, my shoulders and back would be sore and my knees would be covered in bruises from constantly kneeling, but the job was incredibly rewarding and so worth it!

B+C: Over the period of five months, you’ve probably had your fair share of interesting interactions with guests. What’s one of your most memorable encounters as a Disney character?

OR: In one of the sweetest interactions I had, from the second the family walked in, the little girl jumped up and down, pointed, and exclaimed to her parents, “I told you they’re real! I told you they’re real!” As she hugged me, I could hear her whisper, “I can’t believe this is happening!” The girl and her family were beaming ear to ear throughout the entire interaction.

B+C: As someone with a *ton* of insider information, you’ve probably seen the best and the worst of character meetups. What are a few tips you have for people who may be experiencing the parks for the first time?

OR: For starters, know whose phone/camera you’re going to take the pictures on and plan out your order of photos (group, individual, blondes, sisters, etc.). Also have your autograph books opened, and possibly even a question or two prepared for the characters! Anything from “I love your dress, Minnie!” to “How are the Dwarves, Snow White?”

B+C: We have to ask: Did you learn any interesting Disney secrets while you were working at Disney World?

OR: That I can tell you? Hmmm… well, when Disney changes over seasons (like Halloween to Christmas), they don’t leave out any details. Even the flowers get exchanged for seasonal ones!

B+C: Finally, what advice would you give someone who is looking to do the Disney College Program as a character performer?

OR: Do your research! Sign up to receive emails about when applications open and when character auditions are happening, and watch YouTube videos to get a sense of general dos and don’ts of the audition process. At my audition, the casting director told us that not only was he looking for activity, levels, and big motions, but he was looking for reactivity. If your scene is sewing a dress, prick your finger on accident and bounce around! They want to know that you’ll be able to react to the crazy things guests say. Above all else, HAVE FUN! My Disney audition was the most magical day of my life, and I’ll never forget it.

From Your Site Articles
Ashley Macey
Ashley Macey is a lifestyle freelance writer who loves all things fitness, wellness, and creativity. When she's not exploring her home in the Pacific Northwest with her dog Max, you'll probably find her curled up with a good book and some hot tea. Follow her daily jaunts on Twitter.
Disney
Work
Disney Halloween interview