How to Respond to Sexual Harassment in the Workplace 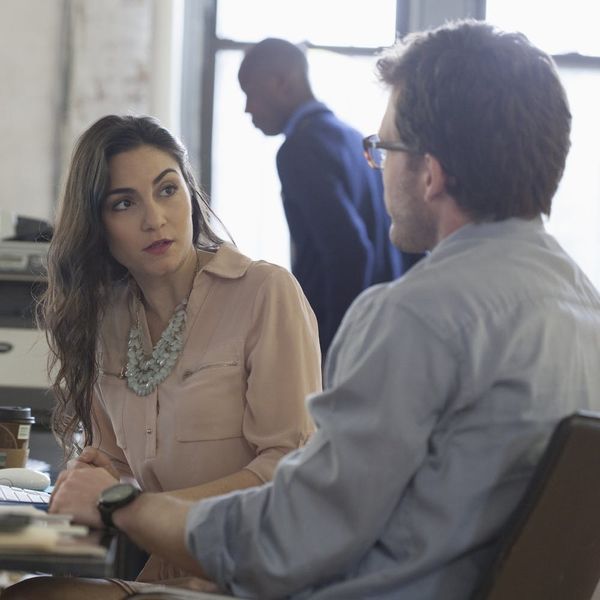 Recently, former Uber employee, Susan Fowler, bravely shared her experience dealing with alleged sexual harassment and mistreatment while employed at the tech company. Her abuser was given a slap on the wrist since it was his first offense and he was a high performer. Fowler, on the other hand, was given a choice to remain in the abusive environment or switch teams. After a year of increasingly frustrating situations (while also writing a best-selling book through it all), Fowler took an offer with another company. Her experience is not an isolated incident, unfortunately. Women put up with a lot of questionable behavior at work, but when does it actually cross the line to sexual harassment?

What is considered sexual harassment?

“A major problem is that what constitutes sexual harassment can be so subjective,” explains employment attorney and HR consultant David Schein. “I worked on a case with a client where a secretary felt she was sexually harassed if the boss came in on Monday morning and asked if she had a good weekend. On the other hand, I worked a case as an EEO [Equal Employment Opportunity] Manager in my earlier career where a woman was grabbed and nearly tackled in a file room by her boss. There was no question in that case.”

What if an employee asks you out on a date? This seems to be where it gets tricky. If a boss asks their employee out on a date but the employee says no, and neither party brings it up again or treats the other differently, it is not sexual harassment, explains Michelle Lee Flores, a Los Angeles labor and employment attorney at Cozen O’Connor. “Although this may not be a smart thing for a supervisor to do, and it may be actions that the company would deem unacceptable conduct, the request alone would not rise to sexual harassment. Now if the supervisor said the date was in exchange for a raise or promotion, then it could rise to the legal definition of quid pro quo harassment,” says Flores. If the supervisor repeatedly asks their coworker out on a date but always gets a “no” response, this can create a hostile work environment due to the number of requests and pervasiveness, according to Flores.

What to do if you are the victim of sexual harassment

And if you don’t have an HR point person, who do you tell? Many startups operate with a lean staff that doesn’t always include an HR person, much less an HR department. “If no one has been designated, go to your supervisor (unless that is the person who acted inappropriately and you are not comfortable trying to deal with that person directly),” says Flores. In that particular situation, report it to your supervisor’s supervisor.

Employers need to educate their staff about harassment and not assume their employees will know right from wrong. “Speaking as someone who handled cases in-house for many years and now acts as a consultant for other companies, employers should have a well-publicized ‘zero-tolerance’ policy for harassment,” says Schein. He recommends companies institute mandatory EEO supervisory training at least once a year. In Schein’s opinion, the main missteps that employers take is a lack of training when it comes to supervisors, ignoring policies, and, in Fowler’s case, not taking employees’ complaints about sexual harassment seriously.

WHEN quitting is the answer

Should you ever just quit? “It is always better to give the employee an opportunity to fix the problem. I would suggest requesting a leave of absence before quitting, relaying that the leave is due to actions by a coworker. Unless you feel your physical safety is at risk — in such a case, quitting may be appropriate. But if safety can be achieved, a request for a leave first is better,” says Flores.

Have you ever dealt with sexual harassment in the workplace? Share how you handled it @BritandCo!