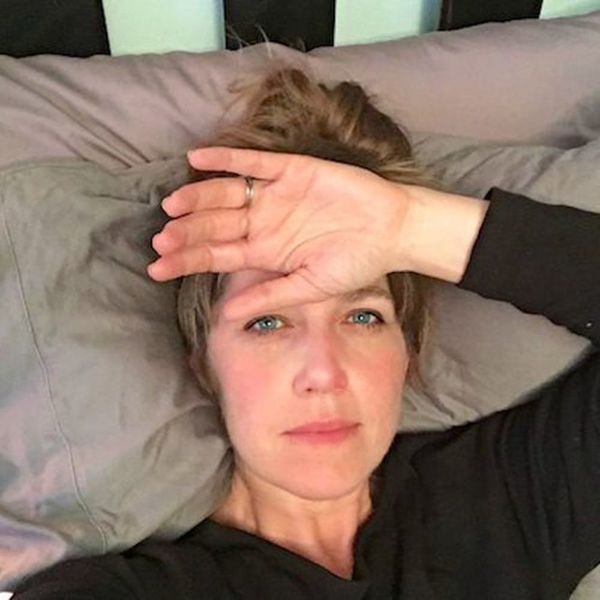 Creativity is not something you can buy or magically conjure up on a moment’s notice. It’s a fickle gift that has a tendency to appear whenever and wherever it wants. A brilliant idea might float into your head while you soak in the bath, or that awesome banana-themed DIY scheme might hit you while you’re in line at Whole Foods. You never know when idea gold will strike, but there are ways you can attempt to lure creativity into appearing.

This one was easy peasy for me. My dear darling daughter has her own habit of waking up at around 5:30 or 6am each and EVERY morning (and yes, that means Sundays too). She’s no shrinking violet, so when she gets up, we all get up. I start my day after a cup or two of coffee, usually around 6:30am or so. I’ve found I do my best thinking bright and early. I’m more productive and have fewer distractions when I start banging things out while the sun rises. The bad thing is that by the time the clock strikes 10pm, I’m ready for bed.

Verdict: It’s a great tip for those who don’t mind getting up early. This one wouldn’t be suitable for those night owls out there.

We all know that our synapses snap far faster and our brains function way better when we move our bodies. The hard part, especially for me, is to actually follow through on my fitness fantasies. But apparently, it’s SO WORTH IT. In a Stanford study, 90 percent of people were said to be more creative after they exercised. 90 percent! That’s huge. The cool thing is, it’s not just beneficial for your brain, but also your body, your stress level, your immune system and so much more. In an attempt to exercise those good ideas out of my brain and onto the page, I took not one, but two power walks around by hood. It totally worked! I knew it would. But being reminded that this is something I need to do is always a good thing.

Verdict: YES! There are so many benefits to working out beyond helping your creativity.

3. Stick to a strict schedule.

There was a time when I was far less scheduled. I would skip through my day with much more freedom. But that whole adulting thing put a kibosh on my once free-wheeling ways. Now I find that, not only do I need a schedule, but I thrive with one. Psychologist William James spoke of the importance of schedules and creativity, saying that only by having a schedule can we “free our minds to advance to really interesting fields of action.” Each day, I make a list of tasks that need to be done with start times (which I don’t always adhere to). It’s helpful to keep on track and to continue being productive.

Verdict: Really, it depends on what you do. Some people need far more scheduling than others. You’ll need to try it out to see if it works for you.

If you’re still in the process of “making it,” then you probably wanna hang on to that day job. The big reason is that you can do crazy things like pay the rent, buy food and maybe, just maybe, splurge on the occasional high-end kicks. But there’s another reason to keep working for “the man/woman,” and it totes makes sense. “Creativity becomes more difficult when your livelihood depends upon what you create.”

My creative outlet is writing: It’s what I do, both for business and for pleasure. But my personal blog — where I can go on and go on about Disneyland — isn’t (yet) bringing in the big bucks. It’s for fun, and my mind will wander to super creative places that my “work” writing doesn’t take me to. My day job and my passion project both inspire each other on a daily basis, and they happily coexist.

Verdict: Solid advice. For most of us, quitting the day job isn’t even an option. But it’s nice to know there’s a creative benefit hidden there.

5. Be able to work anywhere, at any time.

Everyone starts somewhere, and it’s usually not in a gilded room, a corner office with a stunning view or your own executive suite. “Steve Jobs started Apple in his mom’s garage and JK Rowling wrote the first ideas for Harry Potter on a napkin on a train,” Bradberry reminds us. Changing your work environment can make you more productive and could ignite your creative flame.

Part of the issue of being able to work anytime or anywhere has to do with what kind of work you do. If you’re a large-format painter, you’ll need some sort of studio space. If you sew, then you’ll need a place to plug in your sewing machine. I’m lucky — being a writer I can work anywhere. While I generally work from home, either at my desk or while curled on my comfy couch, I mixed things up and tried a couple of different workspaces. The café I went to was too noisy. There was too much glare on my laptop screen when I tried to write in the park. And although I’m tempted by one of the super swank co-working spaces that seem to be popping up all over the place, I couldn’t commit to a location.

Verdict: I have my personal preference, which is home. But I can totally see how others would thrive with a more eclectic array of work environments.

“The greatest enemy of creativity is inactivity,” Bradberry points out. It’s simple: If you’re doing nothing, then, well, you’re creating nothing. On occasion, I’ll get stuck under a great big heavy chunk of writer’s block, but I have deadlines and responsibilities, and I don’t have the luxury of letting writer’s block hold me down for long. The only way to stay to creative is to just keep on doing. It might not be your best work, but at least you’re getting something done.

Verdict: Use your time wisely and don’t let those creative blocks hold you down — like ever.

What’s your best tip for getting your creative juices flowing? Tweet us by mentioning @BritandCo.

Sunny Chanel
Sunny Chanel is a freelance writer as well as the founder of the whimsical site Wonder and Company. When this proud San Franciscan isn't writing, working on her fixer-upper or doing crafts, she is playing dress up with daughter and planning her next trip to Disneyland.
Home News
More From Home News