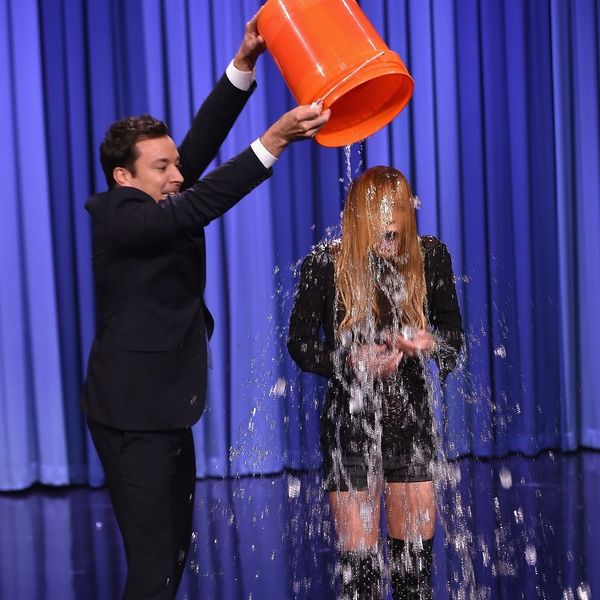 Today is a very good day for ground-breaking medical milestones. Just hours after learning that Prince Harry’s HIV test has had a MAJOR impact on other people getting tested, we’ve now heard that the Ice Bucket Challenge that everyone from your next door neighbor to soaking wet celebs (like Taylor Swift, Kim Kardashian, Chris Pratt, Justin Timberlake and Lindsay Lohan, to name a few) participated in has actually helped to fund a critical breakthrough in ALS research. YES!

While some people questioned how dumping ice-cold buckets of water over our heads could possibly help ALS (or amyotrophic lateral sclerosis, which is also known as Lou Gehrig’s disease), we now have the answer — and we’re really, really impressed.

Those who participated in the bone-chilling challenge would have you remember that each splash was supposed to coincide with a donation. Those donations added up nicely — we’re talking along the lines of $220 million. Way to go, peeps!

A research company called Project MinE got $1 million of that money, and they were able to put it to good use, to say the least. This week, they have announced that they have identified a gene associated with the disease. This means they’re even closer to being able to prevent ALS, as well as treat it when it does occur. So amazing!

Although there’s nothing wrong with being a bit skeptical (apparently millennials are more prone to being scammed out of their money), sometimes it’s best to put our cynicism aside and come together to make a real difference in the world.

Did you participate in the Ice Bucket Challenge? Let us know @BritandCo and tag your friends who were also involved to let them in on the good news!