#TBT: Inflatable Furniture Is Back 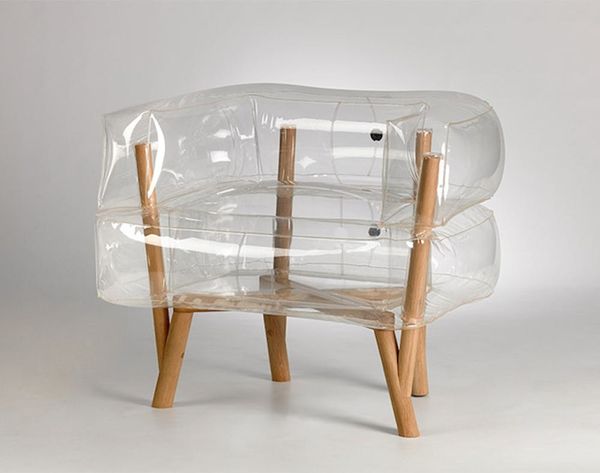 When you think of inflatable furniture, do you picture that blow-up couch that your weird college roommate insisted was just as good as a futon? We imagine so. It wasn’t exactly cool back then, and we were pretty sure we’d seen the last of it upon graduation day. However, Tel Aviv-based designer Tehila Guy has created inflatable furniture that actually looks sorta cool. Did we just say that out loud?

Guy’s inspiration was flat-pack furniture, designed in a way that makes it easy to transport, but still interesting and thoughtful. “Though many today consider inflatable furniture to be ‘low design’,” she says on her site, “I wanted to revive a design that in the ’60s was actually considered to be at the height of creative design.” The resulting “Anda” chair doesn’t stray too far from the original inflatable chair style, but it does come with a nice wooden frame that classes it up a bit and gives contrast.

As far as we can tell this is still just a concept, but we’re interested to see what retail would pick it up. We’re thinking IKEA or Urban Outfitters. What do you think?

Would you try out this inflatable chair? Let us know in the comments!

Annie D'Souza
Annie is the founding father and editor-in-chief of The Midwestival and a long-time jean-on-jean enthusiast.
Design
Home News
Design Furniture