This Artist Will Change the Way You Look at Instagram 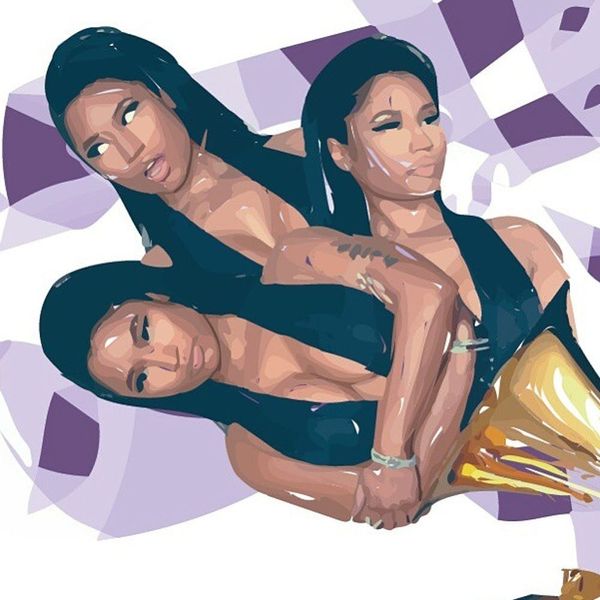 Are you in a creative rut this work day? Sometimes all you need is to look at some stunning visual art. Well, we’ve shown you before how to use the Internet to find and curate your own gallery. Now, we’ve found an artist that you need to check out now for a major dose of afternoon creativity. The best part is, all his work is accessible on your smartphone.

Micah Milner, better known online as @micahnotfound, makes simply stunning art for Instagram — and he’s found a way to turn his entire feed into one gorgeous scrolling canvas. Not only are Micah’s individual ‘grams colorful, modernized versions of pop art, but his work will encourage you to thumb through his whole feed or (gasp) open his profile up on your browser to get the full, tiled effect that scrolls endlessly and seamlessly from one concept to the next.

“The first 70 posts or so were a test of sorts,” he explains. “I did them all at the same time just to see what type of reaction it would get. Since then I have put more thought into the concept of the feed as whole.”

And about that whole “pop art” vibe you’re picking up from his work? Micah shares: “I have been work-shopping it with the other ART404 guys, but the current direction is basically Pop Art for 2015. The main difference between what we’re doing and the 1950’s movement is the pace at which the art is produced and consumed. The end result almost serves to document pop culture rather than react to it.”

The feed reads fresh with familiar faces because it’s inspired by current events that Micah has even started plotting out in advance. “We’ve just been trying to keep up with new video games, music or movies so I can have the art ready to go when something big drops,” he reveals.

That’s awesome, but what’s even cooler is Micah’s real talk words of wisdom for aspiring artists and anyone looking for inspiration, even if it’s “probably not something they want to hear,” as he puts it. “I feel like everyone wants to give you this feel-good rhetoric when it comes to inspiration, like ‘Search for beauty in unorthodox places’ or ‘Just go out and live your life, inspiration will find you where it’s least expected!’ In my opinion, if you’re in your twenties, you’ve probably logged more than enough life experiences to draw from; it’s time to work. I draw inspiration for future projects by working through the issues in my current projects. My best advice is to lock yourself indoors and grind until you produce the best work of your career, then do it again.”

Excuse us, we have some motivational t-shirts/wall art to make.

Do you have any social media artists you follow that you’d like to introduce to the world? Let us know in the comments below!

Kimberly Wang
Kimberly Wang writes about all things pop culture, tech, style, and beauty. She's a Bay Area transplant and has an MFA in Creative Writing from Columbia University. On a sunny New York day, you can find her hanging out with her mini schnauzer Isabelle Jellybean on a blanket in Central Park.
Art
Home News
Art
More From Home News