Happy Birthday, iPhone! Take a Look Back at 8 Years of the Smartphone 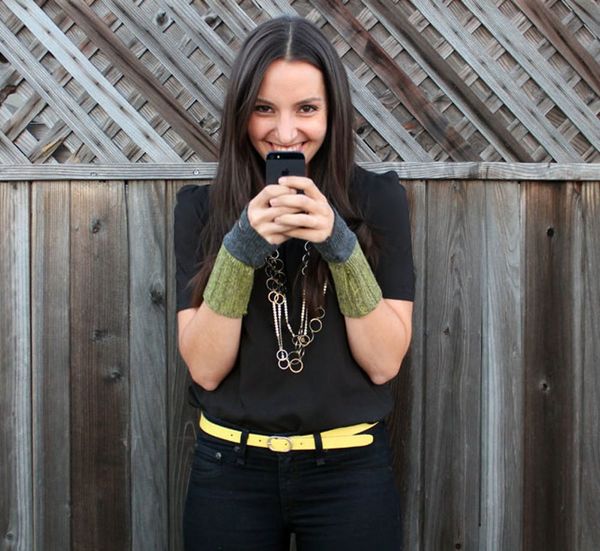 Remember the times when you could easily tell the AT&T users apart from everyone else? That was already eight years ago. Yup, it’s been eight years since the idea of exchanging a physical phone keyboard for a touchscreen boggled our minds. This past Friday the iPhone turned eight! So we decided to celebrate the growth and evolution of one of our all-time favorite tech pieces ever with a “scroll” down (8 gigabytes of) memory lane ;)

When the iPhone first came out, we thought it could do it all. On top of replacing tiny keyboards from our Blackberrys and bulky ones from our Sidekicks, the iPhone 3 replaced our CD players and iPods. We were able to listen to music and watch music videos. It also gave us an awesome, whopping (at the time) 2.0-megapixel camera! (Take that, flip phone.) Sending and receiving emails became a quicker process because the iPhone gave people a way to check their emails quickly. All these features were great, but the best part was going on the Internet, because Safari didn’t show a watered down HTML-looking version of a webpage or a lame mobile version. It showed what you’d see on a computer. And the fact that you could zoom using your fingers blew everyone’s minds. (Photo via Gadget)

As the name gives away, the iPhone 3G added a 3G data capability. With the iPhone OS 2.0, a built-in GPS allowed you to use Maps to get around. It’s crazy to think that at one point there were no such thing as iPhone apps. No games, no photo editing apps and no productivity apps (we’d die without ours right now). (Photo via Trusted Reviews)

By now, we all know that whenever Apple adds an “S” to the end of their products, it’s an amped up version of its predecessor. This baby packed an impressive three megapixel camera, voice control and could even download small files. (Photo via Tuaw)

Finally, AT&T users weren’t the only ones with an iPhone anymore. The iPhone 4’s design was beautiful inside and out. It had a high resolution retina display and an updated sleek design with a flat back. It was the thinnest smartphone at the time. The iPhone 4 gave birth to the first selfie with its 0.3 MP front camera. Along with the addition of the front camera came FaceTime video chat. Now, FaceTime is used in everyday life for business meetings, long distance relationships and even just to say hello.

The most notable feature on the iPhone 4S was Siri. She helped us find the nearest gas stations, told us where we were when we were lost, gave us the weather and was even a little sassy. iOS 5 brought on many great app additions to the iPhone’s UI: iCloud, iMessage, Notification Center and Reminders. And of course can’t forget the high-def, Sony-made 8-megapixel camera that allowed 1080p video recording capabilities.

Why the long face? Oh, we’re not sad — we’re just trying to mimic the iPhone 5’s elongated screen. But that wasn’t the only design change. The aluminum body made the phone thinner and lighter too. The back camera remained the same, but the front camera got upgraded to 1.2-megapixels. This was also the iPhone that came out with the lightning cable charger, LTE support and iOS 6, which introduced the Passbook app. (Photo via Apple Insider)

With all these design updates, obviously the home button was feeling pretty left out. So with the iPhone 5S, the home button was made from laser-cut sapphire and had Touch ID functions. Obviously all the cool kids got the iPhone 5S in the newly introduced color Champagne, “protected” with a thin, clear plastic case to show off the gold aluminum. Beneath the HD retina that displayed the beautiful new flat look of the iOS 7 was the first 64-processor to be used on a smartphone, a built-in accelerometer and a gyroscope. Oh and we can’t forget the camera’s larger aperture and dual LED flash.

Sure there was no Touch ID home button, but the fact that this phone had five different color options made up for it. You can probably already guess that we wanted to get all five. This phone had a hard-coated polycarbonate casing which gave the backing a glossier finish than the aluminum 5 and 5S models.

Now here we are. It’s been eight years and the iPhone is thinner than ever before, has a larger screen, faster processor, over 1.2 million apps in the App Store and we can make mobile payments with our thumbprint.

We can’t wait to see where the iPhone 7 and beyond takes us, but until then: Happy 8th birthday, iPhone!

Stephanie Chon
As a spoken word fanatic, Stephanie enjoys journaling about her day using imperfect rhymes. In her free time, she likes to dance, watch random episodes of How I Met Your Mother and play her ukulele.
iPhone
Tech
iPhone
More From Tech