The FDA Might Be Going Up Against Tattoo Ink. Here’s What You Need to Know 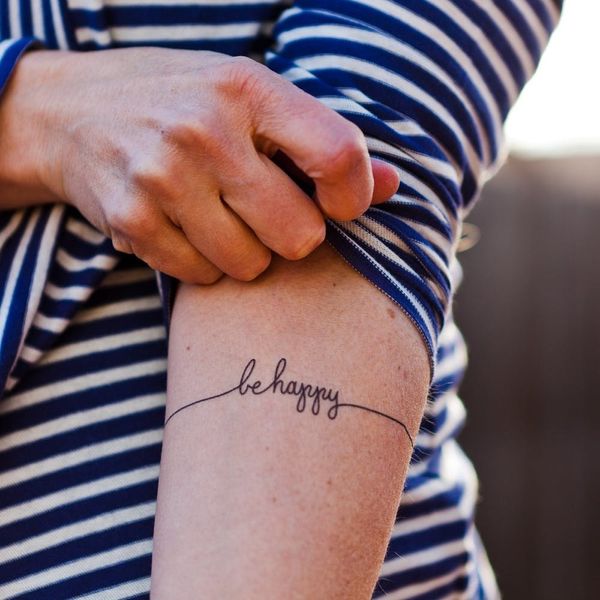 In a recent Instagram post, Ink Master: Angels co-host Nikki Simpson called out an issue that could have serious consequences for the tattoo industry. See, tattoo ink is considered a cosmetic product by the FDA, which means it can be subject to regulation, but isn’t subject to approval. (Although you’d think there might be some extra safety checks for things like tattoo ink that uses hair to immortalize loved ones and DNA tattoos.) According to Simpson’s post, though, the FDA may have some new regulations in the works — and they’d probably lead you to rethink those minimalist tattoos you’ve been saving on Pinterest.

Even though the FDA has traditionally kept a fairly hands-off approach to the tattoo industry, it states that “The pigments used in the inks are color additives, which are subject to premarket approval under the Federal Food, Drug, and Cosmetic Act.” The agency has been keeping an eye on the growing array of pigments on the market for tattooers and has been investigating their safety.

As Simpson explains in her Instagram post, these recent concerns around FDA intervention coincide with a proposed EU crackdown on tattoo inks. Regulations put forward by the European Chemicals Agency challenge around 4,000 potential ink ingredients. Simpson points specifically to the question of whether ink can become carcinogenic during the process of laser removal as a motivating factor for change.

There’s just one problem: We still don’t have enough evidence to say if and when interactions between tattoo ink and lasers might be problematic. The FDA acknowledges this; in a consumer update called “Think Before You Ink: Are Tattoos Safe?” Office of Cosmetics and Colors Director Dr. Linda Katz says, “We don’t know the short- or long-term consequences of how pigments break down after laser treatment.”

In other words, it could be bad, but it could be fine. Just like coffee, or wine, or pretty much everything else you love. If you’re really freaked out and have a tattoo regret, you can always opt for a cover-up or that newfangled tattoo removal cream.

What’s the downside of regulating ink?

On the face of it, regulating tattoo ink doesn’t sound like a terrible idea. In most areas of our lives, the system works. It’s why we don’t consume accidental traces of salmonella on a regular basis, and why we trust brands to get their ish together if something scary does slip through the cracks. But industry consultation is key, and artists fear that changes could be imposed without regard for the fundamentals of tattooing. New rules for ink could mean the end of vibrant designs — as in, no more adorable Pixar tattoos — and could harm the longevity of your artwork.

“Their solution, outside of trying to outlaw tattooing again, would be to take every ink company and reduce and dilute every ink into barely any traces of pigment so they will eventually fall out over time and be easy to laser out,” Simpson writes on Instagram. “They’re even considering changing some base ingredients in Black, like carbon, to Iron oxide which turns black ink green.”

will the FDA change its approach to ink?

The “Think Before You Ink” update suggests that the FDA is most concerned with issues like contaminated ink and formulas containing nasty stuff like “pigments used in printer toner or in car paint.”

Chances of a bad encounter are small; a 2015 poll cited in the FDA update found that three in 10 respondents had at least one tattoo, but the same post referenced only 363 “adverse event reports” over a 12-year period (2004-2016). But in a 2011 interview with NPR, FDA chemist Dr. Bhakti Petigara Harp reported that consumer complaints about tattoo ink were on the rise — from 1988–2003, the agency received only five. Even in the context of the industry’s nine percent-per-year growth, that’s a big jump.

When asked about the issues raised in Simpson’s post, an FDA representative declined to comment, stating that the agency “doesn’t generally comment on things we will or may be considering.”

Behind the scenes, ink companies say it’s a different story. “Nothing is in place in the US, but companies are being visited and being told by the FDA that they can shut us down at any time if we don’t comply,” says a representative from Fusion Ink. Still, he maintains an open mind: “I welcome the FDA if they are going to be reasonable.” For ink companies, that starts with transparency, especially about any research findings motivating change.

The Fusion Ink rep points out that even if regulations are imposed to make laser removal safer, people are being tattooed *now* — if changes are introduced, will the laser removal industry have to refuse clients with pre-regulation ink? Laser removal, like tattooing, is a growing industry; a survey conducted by Northwestern University found that 17 percent of respondents considered tattoo removal.

Still, that means that the majority of tattooed folks aren’t opting to go under the laser. Shouldn’t committed enthusiasts be allowed access to ink that’s safe under normal circumstances (as in, not getting heated up by a laser)?

How will the industry respond?

In her Instagram post, Simpson writes, “This will be the end of our Industry as we know it.”

The industry’s current boom has been good for consumers as well as artists. While the FDA has identified some not-so-good stuff going into tattoo inks, the best brands on the market have worked hard to put out safe, high-quality products. Hit up any tattoo convention and you’ll find vegan tattoo inks, cruelty-free options, and the list goes on. Some, like Fusion Ink, even make their safety information and certifications available online.

So it comes as no surprise that the industry sees this moment as an opportunity to regulate from within. Simpson’s post urges colleagues to attend this year’s World Tattoo Industry Trade Show, presented by the Coalition of Tattoo Ink Safety (CTIS). “Tattooing is my life and I refuse to let it fall into the wrong hands,” she writes.

Does your fave tattoo artist feel strongly about ink regulation? Send us the deets @BritandCo!