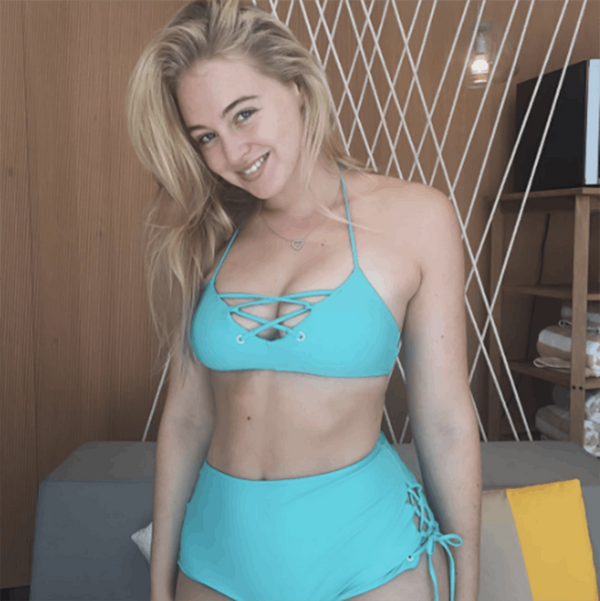 There’s something most major models involved in the body positive moment seem to have mastered: a strong and inspirational voice. Scroll through the Instagram accounts of curvy supermodels like Tess Holliday, Ashley Graham or Iskra Lawrence, and you’ll not only see photos of them looking bomb in photo shoots, but also notes to their followers preaching self-love and acceptance. The commonly used hashtag #effyourbeautystandards was actually coined by Tess. And Ashley made us all swoon earlier this summer when she proudly flaunted her cellulite during a bike ride. Now, it looks like it’s Iskra’s moment to shine. And she’s doing so with an incredibly necessary Change.org petition that aims to bring self-care classes to schools.

The petition is all part of Iskra’s new initiative, “Iskra’s Army.” As a promoter of self-care and healthy body image through her modeling career, she now wants to make these sorts of life lessons an integral part of the education process. And to be totally honest, we can’t believe it’s taken so long for an idea like this to emerge. If sex ed is required, why not include a curriculum on self-care? Especially given that today’s teens are growing up in what is more or less the Wild West of social media.

‼️You can sign my petition now to get mental, physical & emotional education into schools👉https://t.co/rrRqAU6xPb pic.twitter.com/mDo0SLMv9M

In the petition, Iskra writes, “There is a lack of education about our physical and mental health. Online trolls, bullying, body image, and self-esteem issues can stifle young people’s ambitions and I hope with the proper education we can enable our future generations to reach their full potential.” The petition was launched Monday and is already more than 80 percent of the way to its 1,000-person signature goal.

Currently, the petition will be brought to the UK Department of Education if it acquires all the necessary signatures. But if there is success seen with it in the UK, who says the US can’t be next? With nearly 68 percent of teens agreeing that cyberbullying is a serious problem, the course is basically already creating itself.

Cortney Clift
Cortney is the senior writer and special projects editor at Brit + Co. She typically covers topics related to women's issues, politics, and lifestyle. When she's not buried behind her computer you'll find her exploring New York City or planning her next big adventure.
Womens Health
Health
Womens Health
More From Health