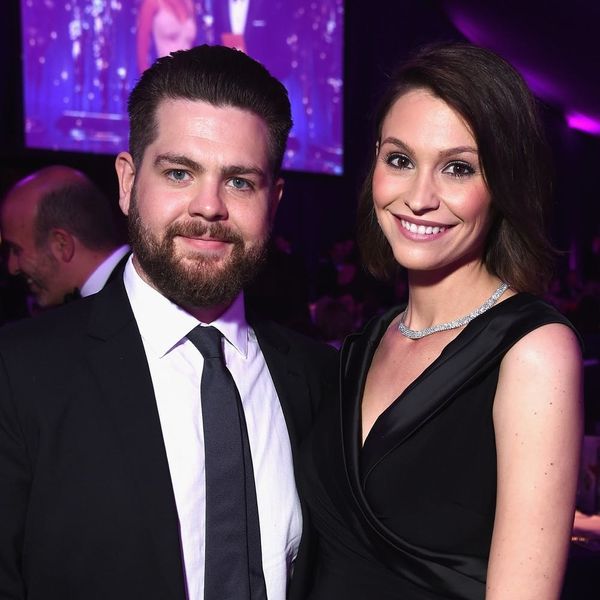 While the internet continues to buzz about Kylie Jenner’s big arrival, Jack Osbourne and his wife, Lisa, have just welcomed baby number three into the world, and she has the sweetest name!

The 32-year-old former reality TV star took to Instagram to share the exciting news with his followers, posting a pic that’s almost too adorable to handle. In the photo, the baby sleeps soundly on a fluffy white rug, all cozy in an eye-print blanket with a sweet pink head wrap. A letter board beside her notes her name, Minnie Theodora Osbourne, as well as the details around her birth: Born on February 3 at 5:57am, the newborn was 7 pounds and 20 inches of pure angelic cuteness.

Hey everyone meet Minnie! She’s the newest member of my girls only squad. (andy stole the “i” from inch) #girlsrule #playerscurse #happydaddy #hatchling

The proud papa added the caption, “Hey everyone meet Minnie! She’s the newest member of my girls only squad. (andy stole the ‘i’ from inch) #girlsrule #playerscurse #happydaddy #hatchling?”

Minnie’s aunt (and Jack’s sister), Kelly Osbourne, was quick to offer her happy thoughts about the newest family member, posting the same pic to Instagram with the message, “Congratulations to my brother @jackosbourne & his beautiful wife @lisaosbourne on the birth of #MinnieOsbourne. She is perfect in every way. It was such a beautiful experience to witness the birth of this angel. I love you both so much. #ProudAuntie”

Jack and his wife, Lisa, a professional cake decorator, have been married since 2012. They welcomed their first daughter, Pearl Clementine, that same year, and their second daughter, Andy Rose, in 2015. In September 2013, Lisa revealed that she had suffered a miscarriage in her second trimester and that they had been expecting a son whose name would have been Theo, which is likely the inspiration for Minnie’s middle name.

Congratulations to the Osbournes on the arrival of little Minnie!

Do you know anyone named Minnie? Let us know @BritandCo!