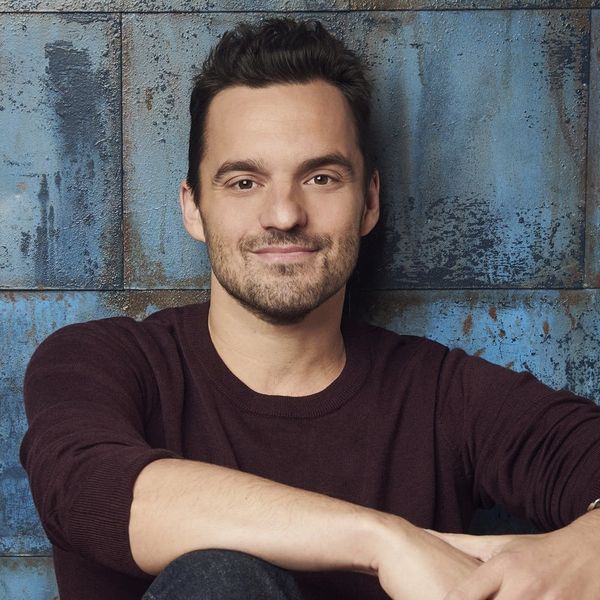 After seven hilarious seasons, New Girl will air its final episode tonight, May 15. We knew this was coming, obviously, but we’ve grown to love Jess, Nick, Schmidt, Cece, and Winston like family, and it won’t be easy to say goodbye to them or to the show. Jake Johnson, who plays Nick Miller, indulged us in a little reminiscing about the series ahead of Tuesday’s two-part finale, which will see Nick and Jess (Zooey Deschanel) *finally* tie the knot.

Brit + Co: So, tonight is the series finale of New Girl. Without giving anything away, can you say whether you’re satisfied with how it ends?

Jake Johnson: Yeah, I feel satisfied with how it ends. I really wanted, selfishly, after season 6, to come back and give the fans a proper finale. I thought season 6 ended nicely with Nick and Jess kissing, but I felt like everything was a little rushed. And I really appreciated that Fox gave us that opportunity. You see what Fox just did with The Mick and Last Man on Earth and Brooklyn Nine-Nine — you know, networks can be swift and make harsh decisions that they think are best for their business, so I really appreciated that they decided to give New Girl fans the final eight. They didn’t have to. And I think they really did it because we have such a loyal fanbase who care about this show, and I appreciate that. So the final eight [episodes] feel to me like a nice finale to the whole thing.

B+C: We interviewed Lamorne Morris a couple of months ago, and he said you cried a lot while filming the finale. Is that true?

JJ: No! [Laughs] Lamorne! Maybe he was crying in his trailer. No, he wasn’t crying. Honestly, at least for me, it didn’t feel like that sentiment. It wasn’t everyone sitting around crying. It felt more like a celebration. You know, we all feel very lucky that we were part of a show that did 148 episodes of television. Especially a single-camera show. And at the end of it, you realize, these are people I’ve seen so much during the last seven years, and we’re not going to be able to see each other. So, yes, it’s sad, but more it was just a lot of laughs and jokes and reminiscing.

B+C: What’s your favorite memory from the show?

JJ: There’s too many of them. But I think my overall favorite memory is just the cast — we had so many jokes together, and we had such a language that we all found to be really funny, that only existed when we were all together. It was like a family, like family jokes. And that cast had a lot of family jokes. Just being in those bits and laughing together is the thing that I definitely miss the most.

B+C: You said in another interview that you took all of Nick’s pants from set. Did you take any other souvenirs?

JJ: I did. In the flashback episode, Nick has braces when he’s in high school, and I stole those braces, so I have Nick’s high school braces. And just recently, I got Nick’s college wig. I don’t know what I’m going to do with this stuff, but I have braces and long hair and Nick’s jeans.

B+C: Do you have a favorite episode?

B+C: You have a movie out this summer, Tag. What sold you on that project?

B+C: You’re also working on a new campaign with Natty Light, which just announced plans to donate $1 million for college debt relief, plus $1 for every retweet through May 27. How did you get involved with that?

JJ: They contacted me and told me what they were doing and how they were giving money away to college students to pay off student loans, and they asked me if I wanted to be involved and help spread the word on it. And I thought it was a really great thing to do to try to get young people out of debt, because debt is such a monster for people to deal with. It makes it so hard for them to take the next step of their professional life. So I thought this was an easy way to use my platform and get some people some money. … I like being a part of things that give back in some way.

College debt sucks but we're covering part of the tab. For every RT we’ll add $1 on top of the million we're giving away again next year. Let's hit $2 million total #NattyStories pic.twitter.com/Z3CdcH5Xxe

B+C: What else is next for you?

JJ: Just taking time off, spending time with family and friends. Hopefully some good acting parts and writing parts come up, too. We’ll see what happens.

What’s your favorite episode of New Girl? Tell us @BritandCo!