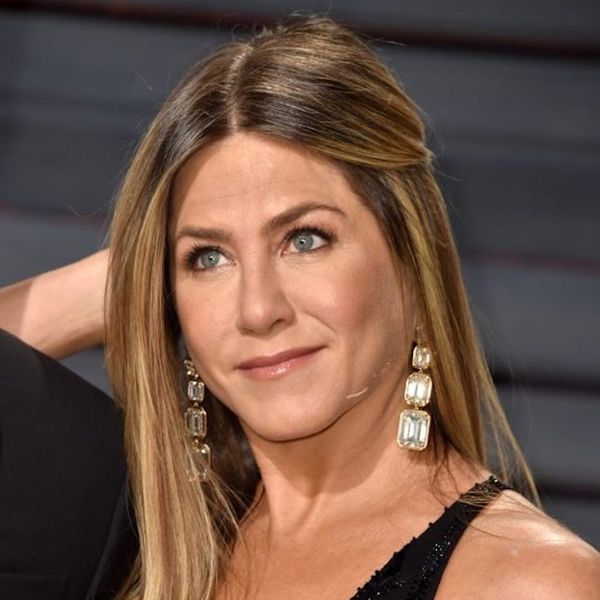 It’s Hollywood’s biggest event, and A-listers definitely brought their A-game. Jennifer Aniston presented the In Memoriam segment at the 2017 Oscars (understandably choking up when she talked about Bill Paxton’s passing) wearing a stunning low-back Versace slit dress and $10 million worth of diamonds. But it was her masterfully applied natural beauty look that really caught our eye. Aniston’s makeup pro, Robin Siegel, gave Brit + Co the scoop, including how she made the Mother’s Day actress’s blue eyes pop.

To accent such a smoking-hot gown, Siegel helped Aniston “look like the best version of herself” with Armani Beauty products.

Good makeup starts with good skin, so Siegel prepped the star’s skin with Prima Smart Moisture Serum ($100) before applying Giorgio Armani Power Fabric ($64) foundation. She added a pop of color on Aniston’s cheeks with Giorgio Armani Fluid Sheer ($62) in #15 and topped it with #7 as a highlighter.

To bring out Aniston’s striking baby blues, Siegel used reddish brown shades from Giorgio Armani Eyes to Kill Eyeshadow Quad ($60) in #6 before adding Eyes to Kill Intense Shadow ($35) in #2 and #6 for dimension.

What do you think of Jennifer Aniston’s glam? Let us know @BritandCo!