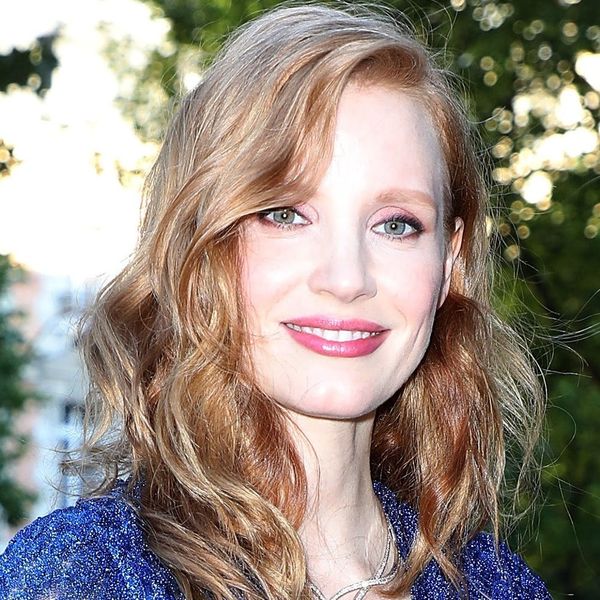 Jessica Chastain and Bryce Dallas Howard are frequently confused for one another, as both ladies will tell you. There’ll be no mistaking who’s who after today, however, as Chastain just debuted a brand new ‘do that is bound to turn heads.

As the Molly’s Game star’s hairstylist, Renato Campora, showed off in a series of photos on his Instagram page, she’s now rocking a wavy, center-parted chin-length bob. The actress also showed off the look over on her page, dubbing it her “summer cut.”

The look is not only a departure from her previous slightly-longer-than-shoulder-length style, it’s also much shorter than her lookalike’s current ‘do, which falls at shoulder-length.

The women have previously addressed the frequent confusion over their similar red hair and features with Chastain hilariously posting a musical Howard made aptly titled, I AM NOT JESSICA CHASTAIN as well as a meme of them reading, “People still think we are the same person?” “IKR?”

They’ve worn different hairstyles before — 41-year-old Chastain rocked a side-swept bob that grazed her collarbones back in 2016 — but her newest transformation is shorter and distinct enough to put this redhead mixup to bed once and for all — at least, we hope so!

What do you think of Jessica’s new look? Tell us over @BritandCo.

Nicole Briese
Nicole is the weekend editor for Brit + Co who loves bringing you all the latest buzz. When she's not busy typing away into the wee hours, you can usually find her canoodling with her fur babies, rooting around in a bookstore, or rocking out at a concert of some sort (Guns N' Roses forever!). Check out all her latest musings and past work at nicolebjean.com.
Celebrity Hair
Hair
Celebrity Hair Hair Haircuts Lookalike
More From Hair