Why You’ll Be Excited for the Newest Netflix Show 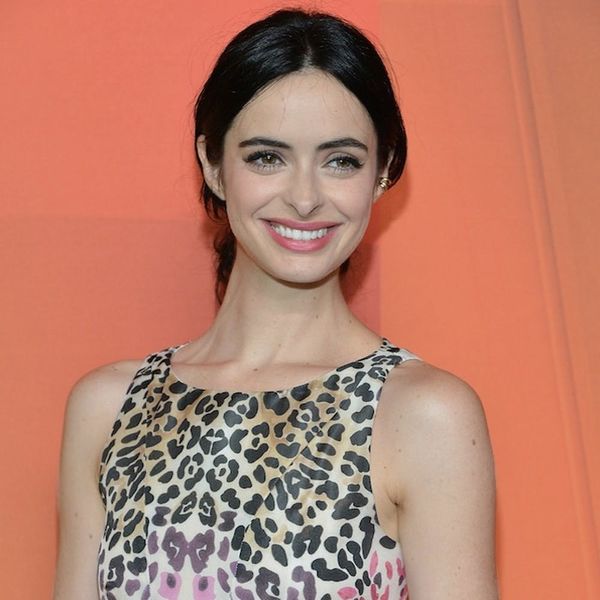 Let’s face it, most of us never grew out of wanting to be a superhero. That kind of urge created parents like this one who empowered his daughter by making her a Marvel costume. It’s also the same feeling that inspired Hunger Games star Amandala Stenberg to create a comic book featuring a character who’s a woman of color. This November, Netflix is harnessing that love of superheroes for its next series called Jessica Jones, which tells the story of a female superhero/detective/all around boss who interacts heavily with other characters in the Marvel universe. #squadgoals

Netflix and Marvel thus far have been like peanut butter and jelly in terms of perfect combinations. Their rendition of Daredevil was amazing and not just because it featured a super babely Charlie Cox. So, we’re pretty sure this new venture is gonna be a home run. Here’s why you should whip out your cape and catsuit too:

1. Female superheroes are the BEST: Wonder Woman, Ms. Marvel, She Hulk, Scarlet Witch, Batgirl the list goes on and on of fierce women in comics and Jessica Jones is no exception. She was a teenager who got exposed to radiation and now has super strength, flight and is really hard to kill. She fights first as a superhero alongside members of the Avengers and then as a detective specializing in superhero related cases then as a newspaper reporter. Basically she has #girlboss written all over her.

2.The producer will give you #careergoals: In an age where there is a dearth of women working behind the camera, Jessica Jones is looking like the exception to that rule. Producing the show is Melissa Rosenberg, who has worked on TV shows like Dexter and movies like the Twilight saga. Melissa has also worked on female-centric superhero TV shows before, like Birds of Prey, which involves Batman and Catwoman’s daughter, so she has the experience needed to make this show, well, super.

3. Spiderman might make a cameo: In the comics, Jessica goes to the same school as Peter Parker and is actually a witness to his historic run-in with the radioactive spider. This may mean that Andrew Garfield (or Donald Glover) could guest on the show. She also meets Daredevil, so we might be in for another generous helping of Charlie Cox’s thick-eyebrowed hottness.

4. Krysten Ritter is bae: If you’re a secret fan of the ill fated show Don’t Trust the B—- in Apartment 23, then you’ll be stoked to watch your favorite heroine make a comeback: Krysten Ritter is playing the titular role in this show. Not only does she look like some kind of perfect goth Barbie doll, but she’s also super funny, so she could bring plenty of sass to this role.

5. The cast of characters is diverse: In the comics Jessica Jones has the hots for (and later marries) fellow superhero Luke Cage. Cage is significant for being a black superhero, so his role could add some much needed diversity both to television and to the superhero genre as a whole.

6. Maybe now Marvel will make more merchandise for young girls: Seriously Marvel, like what is it gonna take!? If we don’t get more mini capes this Halloween, there’s gonna be a talking to.

What superhero would you like to see come to Netflix? Tell us in the comments!

Molly Sanchez
Molly Sanchez is a writer, comedian and lover of burritos everywhere. She has written for The Bold Italic, Liquid Bread, Thrillist and HelloGiggles. She devotes her time to Bloody Mary research, exploring San Francisco and promoting wide spread shower beer awareness and appreciation. Find her on Twitter @seriousmolly trying to get famous people to laugh at her jokes or on Instagram @mollyfuckingsanchez where she swears a lot.
Netflix
Home News
Netflix